Casablanca - In 2018, California may vote for a ‘Calexit’ and seek to create an independent state, reports Yahoo News.

Casablanca – In 2018, California may vote for a ‘Calexit’ and seek to create an independent state, reports Yahoo News.

Since Donald Trump’s election to the presidency, protests have erupted across the country. In California, thousands upon thousands across the State shut down highways to protest Trump’s divisive rhetoric. In response, a political group called the “Yes California Independence Campaign” has been calling for a ‘Calexit’ to give California its independence.

And it’s not all talk. The group filed a ballot measure with the Attorney General’s Office on November 21, reports Yahoo News. All it needs is 500,000 signatures to appear on the 2018 gubernatorial ballot, which may open an actual dialogue about a ‘Calexit.’

Though social media users widely supported the idea of a ‘Calexit’ following Donald Trump’s election to the presidency, exiting the union is no easy task. Because federal law does not allow any state to declare its independence, California would have to pass an amendment to the U.S. constitution, requiring permission from all 49 other states in order to do so.

If all steps prove successful, a ‘Calexit’ would need a minimum participation of 50% of registered voters and a 55% yes vote in order to push the measure forward.

President of the Yes Campaign, Louis Marinelli, told Business Insider that “We’ve seen — in my lifetime — a gradual, but steady deterioration of the system and the health of the republic, basically.”

“I think that at one point or another, it’s going to crumble. I think a lot of Californians just came to that realization,” he added.

Marinelli also warns against leaders who would be elected post-Trump. “Who are they going to elect next time? I think the people in California would certainly not like to find out, personally,” Marinelli said. “So, let’s get out of that system so we can elect fair-minded, rational politicians to office.” 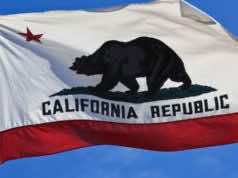 #Calexit: Why California Wants to Separate From the U.S.