Washington DC -  The fourth African-Arab summit in Equatorial Guinea is turning into a big fiasco. In the wake of the withdrawal of key Arab countries to protest the participation of the co-called “Sahrawi Arab Democratic Republic” (SADR), the gathering has become useless, unproductive and waste of time and energy. 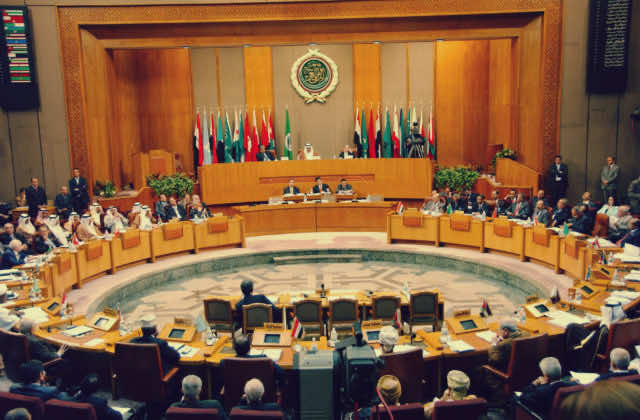 By
Hassan Masiky
-
Hassan Masiky was born in Kenitra, Morocco, and is based in Washington as a blogger and freelance writer.
Nov 23, 2016
Spread the love

Washington DC –  The fourth African-Arab summit in Equatorial Guinea is turning into a big fiasco. In the wake of the withdrawal of key Arab countries to protest the participation of the co-called “Sahrawi Arab Democratic Republic” (SADR), the gathering has become useless, unproductive and waste of time and energy.

With the absence of heavy weight Saudi Arabia, rich United Arab Emirate and prominent Qatar, the Arab participation was reduced to small uninfluential nations that are impotent to enact major policy initiatives or ordain considerable investments in the African continent. Left in Malabo are Arab and African economies in much need of Arab Gulf dollars.

Once Again, African leaders decide to follow the lead of Algeria and South Africa at the expense of the interests of their own people. Africa does not need more ideologues like Zuma and Bouteflika; Africans want more investments and projects that would create jobs and wealth for all.

Ironically, Algeria, which pushed hard for the inclusion of the SADR in the Malabo meeting, sent its foreign minister to the Arab Gulf last week to beg Saudi and Emirati for help to stop the implosion of his nation’s economy.

While Algerian Foreign Minister softened  his tone on the Western Sahara conflict during last week ‘s visit to Saudi Arabia where he implored Al-Saud for financial aid, he remained intransigent in Malabo throwing the summit in a tailspin that will cost the African people millions of dollars in lost investments.

Algeria’s selfish foreign policy has put African economies in a tight corner. While Arab Gulf countries are yearning to invest and aid the continent, they are not willing to compromise their principals for the benefits on one member state.

The Arab league made it clear that the SADR is not a UN member and therefor it cannot be automatically included in the African-Arab summit. Algeria’s obstructionist diplomacy is the reason behind the obvious failure of the summit.

Algerian obsession with SADR presence at international events has been holding the future of the African continent hostage. The Malabo fiasco highlights how Algeria’s diplomacy has effectively utilized the African Union to boost its arguments against its rival Morocco.

Despite a chronically ill economy, the Algerian foreign ministry spends millions of dollars in supporting, financing and sponsoring the SDAR, a non-existing political entity. Despite Algiers attempts to depict the so-called Sahrawi Republic as a self-running government, it is evident that Sahrawi “diplomats” are an extension of the Algerian delegation.

This new diplomatic escalation should bring increased international attention to Algiers’s damaging role in the Western Sahara conflict. Algeria can no longer pretend to be an observer in this long running border dispute. In fact, this meeting reminded the world once again of the danger posed by Algeria’s posturing.