Casablanca — In an effort to facilitate administrative procedures for Moroccan citizens, one company is taking steps towards digitizing the work of several moukataâs, or Moroccan offices of prefecture, around the nation.

Casablanca — In an effort to facilitate administrative procedures for Moroccan citizens, one company is taking steps towards digitizing the work of several moukataâs, or Moroccan offices of prefecture, around the nation.

Going to the Municipal District (moukataâ) may soon become less tedious thanks to ‘Enhanced Technologies,’ a company created and led by Houda Chakiri.

“Since 2005, we have put in place numerated platforms for each city, uniquely designed for civil servants,” says Houda Chakiri, General Director of Enhanced Technologies, a company specializing in the digitizing of civil registers. Chakiri initially started looking into the process of digitizing civil documents at Al-Akhawayn. It was later funded by the International Development Research Center, which led to the creation of Enhanced Technologies.

Enhanced Technologies started its work in the city of Fes. But the company saw a lull in work after the Ministry of Interior also launched an initiative to digitize communes’ civil documents. In 2011, however, ET resumed its activity and managed to install digital processes in a dozen small towns.

Since then, cities like Meknes, Sefrou, Guelmim, Khouribga, Settat, El Hajeb, Ifrane and Fes have been equipped with an e-government operating system where all administrative documents have been digitized.

But even in towns that go digital, there are still documents, like birth certificates or marriage certificate, for which digital signatures are not valid. In these cases, citizens must travel to the moukataâ or order these official documents via watiqa.ma, reports Telquel.

Going digital has many benefits aside from saving time. Embezzlement, for example, will be largely avoided. “If a man wants to remarry in another place (without the permission of his wife), it will be reported because the platforms are connected to each other,” Chakiri tells Telquel.

The next challenge, Chakiri adds, is digitizing these government processes in bigger cities like Rabat and Casablanca, where Enhanced Technologies has had a harder time convincing government officials to fully jump on board with the digital side of things. 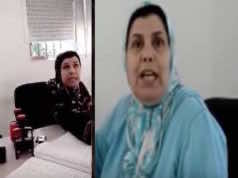