Rabat - Lockheed Martin signed a $16.3 million contract to upgrade Moroccan F-16 aircraft, according to an announcement made by the United States Pentagon on Tuesday. 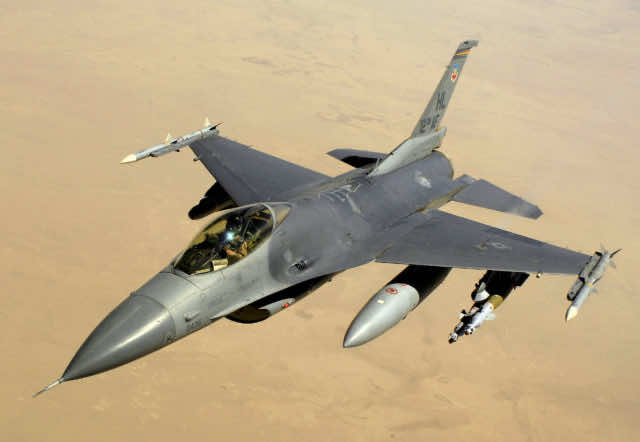 Rabat – Lockheed Martin signed a $16.3 million contract to upgrade Moroccan F-16 aircraft, according to an announcement made by the United States Pentagon on Tuesday.

The Department of Defense said the same company had also agreed to multimillion-dollar contracts with Taiwan and Singapore under the U.S. Foreign Military Sales program in order to improve the allies’ air force reliability and performance.

In 2014, the Fort Worth, Texas-based company signed a $32 million-dollar contract with the Moroccan air force for additional F-16 training, in order to improve the kingdom’s combat-readiness. The training agreement has been set to complete by June 30th, 2017.

Lockheed Martin was one of the fifteen American companies that participated in this year’s edition of the International Marrakech Air Show alongside Boeing and Pratt & Whitney.

The Harris Corporation also recently finalized a contract with the Moroccan Air Force for the purchase of an advanced electronic warfare system, which will be delivered by the end of November 2019.

Military tensions between Morocco and Algeria – its neighbor and regional rival – have risen in recent months as the former prepares for its return to the African Union. The Algerian political agenda, which supports the self-declared Sahrawi Arab Democratic Republic (SADR), has dominated the continental union since Morocco’s withdrawal in 1984.

Over the past few weeks, Algeria has approved the use of drones for the surveillance of its western border – which includes the border it shares with Morocco – to fight drug traffickers and related criminal organizations active in the region.