Casablanca - And the Internet went crazy. 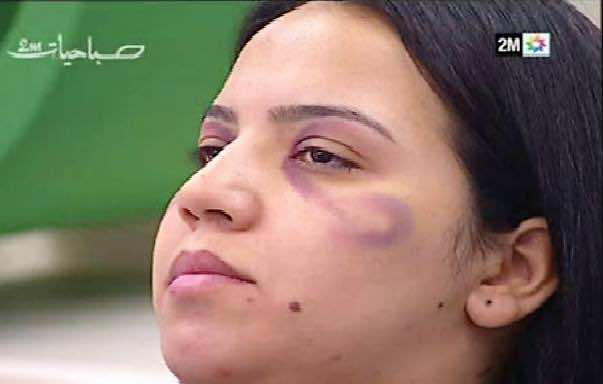 Casablanca – And the Internet went crazy.

2M, Morocco’s national television service, broadcasted a makeup tutorial on Wednesday, November 23 as part of its morning show called “Sabahiyates.” But it was no regular makeup tutorial.

In anticipation of the UN’s International Day for the Elimination of Violence against Women, celebrated each year on November 25, the show thought it would broadcast a tutorial teaching female viewers how to hide traces of violence.

But it was only when the segment was posted online that social media users called out the inappropriate nature of the segment.

“2M decided to celebrate the International Day for the Elimination of Violence Against Women with anti-violence makeup,” says Twitter user @mahamiou

“Make up tutorial on a Moroccan TV show, to teach women how to hide traces of violence. Shameful!” says Twitter user @HananeHARRATH

After the video caused a lot of controversy online, the video was removed from the 2M site on Friday, November 25.

Later on Friday afternoon, 2M released a communiqué on its Facebook page addressing the issue.

“Management believes that this segment is completely inappropriate and displays a lack of editorial understanding due to the sensitivity and seriousness of the subject of violence against women,” says the statement.

“This approach,” adds 2M, “is in total contradiction with the editorial identity of the channel and […] the commitment of 2M for 27 years in favor of the defense of women’s rights.”

Meanwhile, Lilia Mouline, the makeup expert who hosted the “Sabahiyates” show in question, has since told Yabiladi that “in no way are we endorsing [domestic violence].”

“We are here to provide solutions to these women who, for a period of 2 to 3 weeks, are putting their social life aside while their wounds heal. These women have already been subjected to moral humiliation and do not need to also have others looking at them,” Mouline adds.

Violence against women is still a big problem in Morocco. In fact, a 2015 study has revealed that around 62.8% of Moroccan women have been the victim of gender violence.