Rabat - In the mid-1950s, Elizabeth Warnock Fernea accompanied her husband on a three-year trip to a rural Iraqi village where he set out to finish his doctorate degree in anthropology. 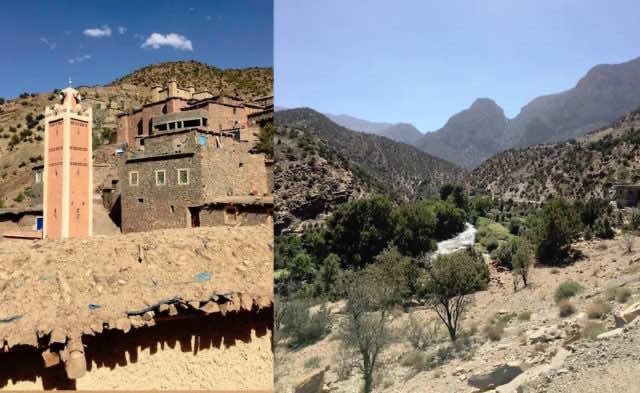 Rabat – In the mid-1950s, Elizabeth Warnock Fernea accompanied her husband on a three-year trip to a rural Iraqi village where he set out to finish his doctorate degree in anthropology.

In 1965, Fernea published Guests of the Sheikh: An Ethnography of an Iraqi Village, her seminal work detailing her experiences living among Iraqi women while immersed in a challenging new environment.

Fernea describes how she slowly learned to embrace what was, at first, an otherworldly culture and tradition. The book explains how her understanding of Iraqi culture and religious norms evolved through interaction with the local villagers and consistent participation in village life. A central theme of the book, and one that resonates with the fundamental goals of anthropology, is striving to make the unfamiliar, familiar. 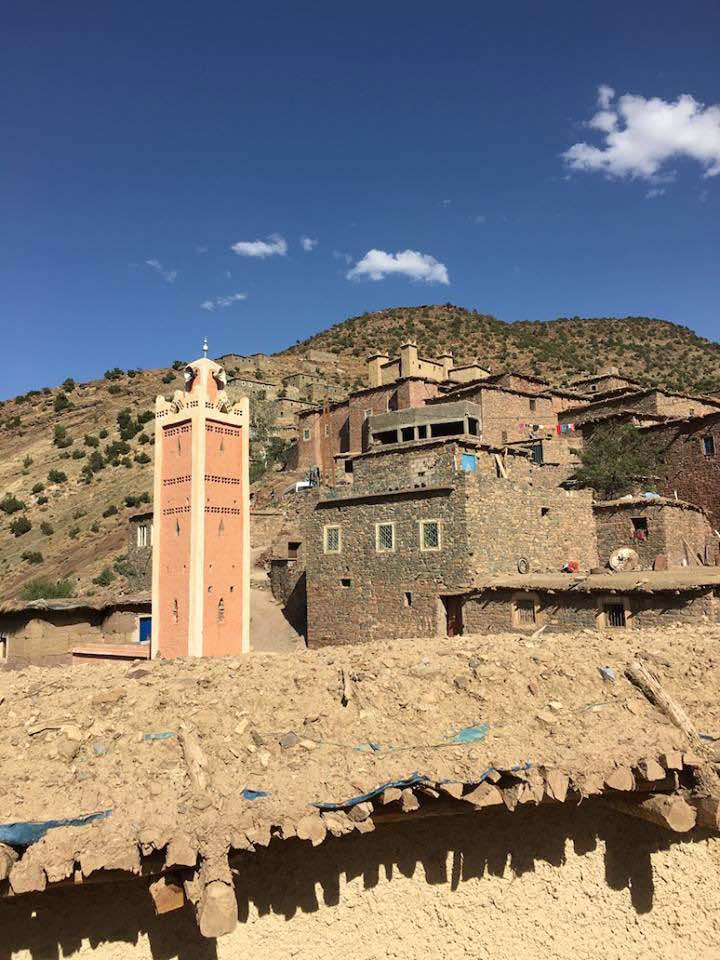 Fernea effectively challenged her deeply held views on issues ranging from personal independence, the purpose of marriage, the role of women in society, and religious worldviews. For Fernea, the end result was a new appreciation for the cultures of the world, as well as a deeper understanding of her own culture and what its membership means.

As an American student living in Rabat, Morocco this fall, I hope to enjoy a similar experience learning to appreciate a new culture. In late September, my study abroad program organized an excursion to the mountain village of Zawiya Ahansal. There, the local village sheikh hosted us as guests in his home. The reception we received upon arrival matched everything I had been foretold about Moroccan hospitality: an enormous feast, warm and enthusiastic greetings of Salam Alaikum, smiling faces, and a feeling that we were newly naturalized members of a large, multicultural family.

During our trip, we toured the town and surrounding area, hiked beautiful trails along winding rivers through the valley, taught English to the local children and interacted with the village elders to learn about the history of Zawiya Ahansal. Having read Fernea’s book, I kept in mind the importance of immersion in the hopes of understanding as much about the culture as possible. 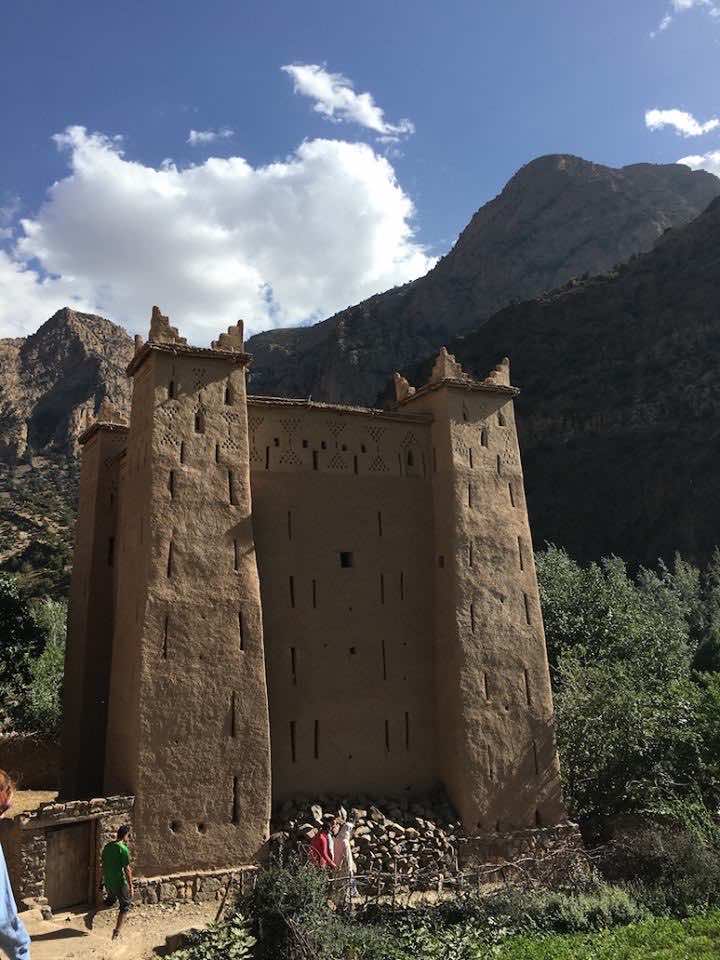 On our first day, I sought out local trademarks of tradition, religion, daily practices, greetings, manners and food as we explored the village. Later that afternoon, a group of friends and I made our way to the local convenience store to buy supplies for our English lesson the following morning. Once we found the store, we quickly learned that this was also a local hangout for the village children. As a foreigner, I felt very much out of my comfort zone, especially considering the language barrier. I thought the local kids might feel the same way about us; that because we were foreigners, spoke a different language and wore different clothes, getting to the point at which we could learn from each other and share in each other’s cultures and traditions would take a very long time.

I was wrong. The kids immediately invited us to play pool with them and, soon enough, we found ourselves laughing and communicating through a mix of French, English, Darija, Formal Arabic and Amazigh words we collectively knew. Suddenly, it seemed as though getting to know the people of Zawiya Ahansal and learning about their way of life was not going to take as long as I had expected. Likewise, that afternoon, we met with a local tour guide who launched into an explanation of the town’s legends, traditions, founders, local customs, geography, architecture and school system. Slowly but surely a picture of what it meant to live in the mountain village of Zawiya Ahansal was beginning to take shape. 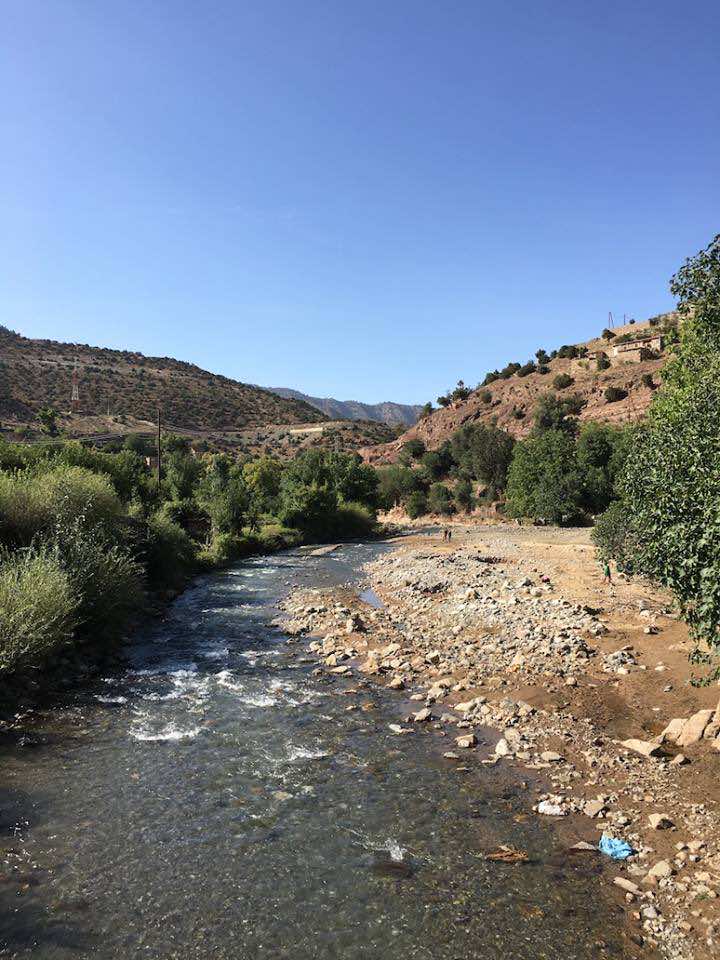 The following day, we made an early morning trek to a nearby village to teach the local children at their school. We walked for approximately twenty-five minutes along a narrow path on the side of a large hill overlooking a deep valley with a river flowing below. When we reached the village, we found the school located in a small building packed with students. It was a pleasure teaching the kids mathematics and helping them sharpen their English skills, while picking up a few Amazigh words along the way. The children were energetic, enthusiastic about learning, attentive, and a pleasure to spend the morning with. Their teachers were incredibly dedicated and patient with the students and seemed to genuinely enjoy the important, yet certainly difficult, work they were doing.

After a couple of hours, we made our departure from the school but not without learning a valuable lesson in communication. Often, I think about just how difficult it is to interact with and learn from others when the basics of a common language do not exist. Living with a host family, ordering food at a restaurant and trying to give directions to a taxi driver in a foreign country have reinforced those views for me. But when you interact with a young kid who is full of energy and wants nothing more than to play games with you, that process is often simplified. Perfect language skills suddenly count for less.

While speaking with the local students at Zawiya Ahansal, what mattered was not correct grammar, but whether or not I managed to make them laugh. Once that happened, there was an instant connection and suddenly we were able to learn about each other. The children wanted to tell us everything about their lives: how many siblings they had, where their houses were, what their favorite subject was and who their friends were. I started to realize that they had the same imagination and interests as kids back in the States do, and as I once did as a child.

The ideas that Fernea discussed in her book, about making the unfamiliar, familiar, started to make more sense. Cultures can be very different, often to the point where one feels overwhelmed when stepping into a new environment for the first time. But it is a worthwhile endeavor to take the time to find those aspects of another tradition which are sometimes quite similar to ones you have back home.

Is Essaouira the Best Place to be in Morocco During Summer?