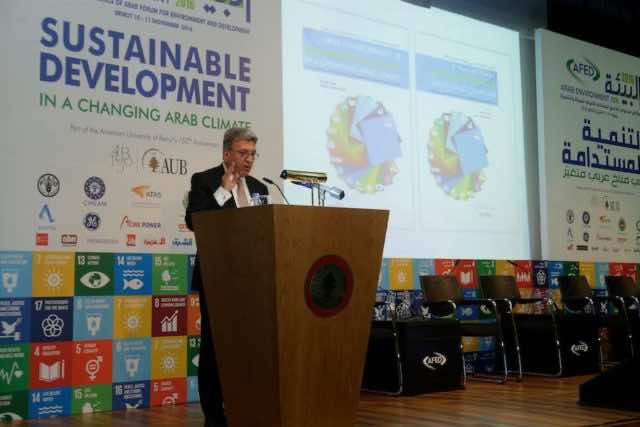 Beirut – The Arab Forum for Environment and Development (AFED) launched its annual report entitled Sustainable Development in a Changing Arab Climate, at the opening of its ninth annual conference held at the American University of Beirut on 10-11 November.

The Report emphasizes the need to shift to a green economy in to order achieve the UN sustainable development goals (SDGs) in the Arab region by 2030. It points out that more than 10 out of 22 Arab countries are either under occupation or suffering from wars or disputes, while tens of millions of people are refugees or internally displaced, and many lack basic needs and rights. Even if all conflicts and wars stop immediately, the Arab region will not be able to achieve these goals by using traditional methods. Therefore, the report recommends an alternative approach, based on integrating the principles of sustainable development within the anticipated rebuilding efforts.

AFED’s secretary general, Najib Saab, noted the significance of releasing the report simultaneously with the climate summit in Morocco, explaining that AFED seeks to “sketch a roadmap for the implementation of SDGs in Arab countries, in the light of wars, conflicts, critical economic conditions and commitments to the Paris Climate Accord.”

Saab mentioned the various aims and actions points, as mentioned in the report. Firstly, the need to stop treating Arab countries as a monolith, but rather they must be treated as individual countries, as each country has distinctive needs, priorities, and economic and socio-political contexts that must be recognized when developing implementation plans. Secondly, the need to tackle a common set of key challenges, especially securing effective participation of non-state sectors, job creation, and institutional and public policy capacity building.

Third, resource mobilization to achieve the SDGs, through partnerships between regional and national economic and social development funds, and also providing favourable conditions for private sector investment. Fourth, adopting a genuine cross-sectoral approach to sustainable development, which entails the integration of climate change considerations in the implementation of the SDGs, mainly based on the water-energy-food nexus. Finally, engaging civil society, especially youth and women groups in conflict areas to take a strong leadership role in SDGs implementation and climate action in the rebuilding process. 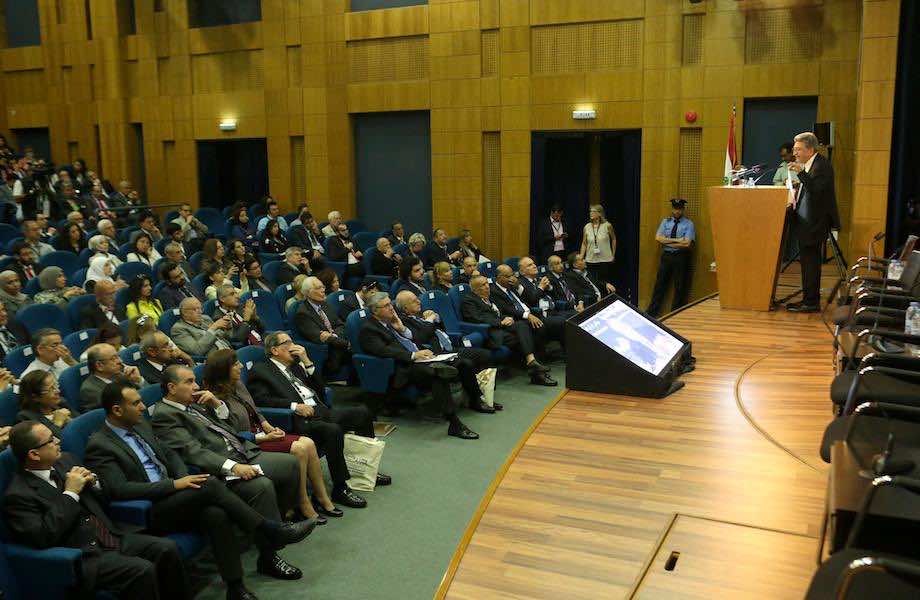 The conference brought together around 500 delegates from 58 countries, representing 160 institutions from public and private sectors, universities, research centres and civil society.

The opening session included a welcoming speech by AUB president Dr. Fadlo Khuri, who highlighted AUB’s role to promote sustainable development in the region. “This university has throughout its existence been at the forefront of efforts to ending poverty and hunger, ensuring better health, promoting gender equity, protecting the environment, even fostering world peace at the foundation of the UN in 1945,” he said: “The challenge of leading innovation in sustainable education in the Arab states is one that we must, and will, take up,” he added.

AFED’s board of trustees chairman Dr. Adnan Badran stated that challenges facing the Arab region, especially wars and political, economic and social crises, will have major implications on the achievement of SDGs. He pointed out that AFED report called for “giving priority to the Arab Green Triangle of water security, energy security and food security.” Badran hailed convening the conference at AUB, the academic member of AFED, as part of its 150th anniversary celebrations. He said: “This scientific institution has produced generations and leaders who made history and built a modern Arab human civilization,” adding that more than seven prime ministers of Jordan were AUB graduates.

The conference sessions discussed challenges and prospects in achieving SDGs in Arab countries, financing the SDGs, eradicating poverty in a changing climate, eliminating food waste in the Mediterranean, and a water-energy-food nexus approach for SDGs. 52 university students from 12 Arab countries discussed their views on sustainable development in the Future Environment Leaders Forum (FELF) supported by AFED.

A session was held about the challenges of achieving sustainable development goals in Arab countries facing wars and conflicts. Results from a field study by Lund University, Sweden, were presented, featuring the capacity for Syrian refugees to engage in the process of development and reconstruction.

Education for sustainability was the topic of a session, which emphasized the need to invest in human resources. This includes reviewing educational curricula at all levels, encouraging critical and creative thinking, and supporting research and development programs.

Health for sustainability was the subject of a session featuring the results of a study on the impacts of environmental health conditions on development in the Arab region, conducted by a team at AUB faculty of health sciences. The study urged the need to adopt an ecosystem approach to health and considered SDG3 “Health for All” goal a unifying regional sustainable development goal for wellbeing and survival in the Arab world.

The closing session included a keynote address by Dr. Ferid Belhaj, World Bank director for the Middle East, about the WB’s role in the implementation of the SDGs in Arab countries.

A delegation of AFED board of trustees visited prime minister designate Saad Hariri and presented the AFED’s report on Sustainable Development. They discussed highlights of the conference and the possible implications of Donald Trump’s election on USA’s commitments to the Paris Climate Accord.

Recommendations for Green Economy and Sustainability in Rebuilding

AFED’s secretary general Najib Saab cited draft recommendations which endorsed results of AFED report on Sustainable Development in a Changing Arab Climate, advocating the need to shift to a green economy in the Arab region and integrate principles of sustainable development within the anticipated rebuilding efforts.

The Conference recommended a series of measures that can help Arab countries achieve the 17 UN Sustainable Development Goals (SDGs) by 2030. It called for action to bring peace and security as a condition for the achievement of these goals. A long-term vision and executive strategy should be adopted, with priorities to push Arab economies in a green and sustainable path, and integrated policies that incorporate SDGs implementation with requirements to address climate change, including mitigation and adaptation. It was suggested to create a national body for sustainable development to ensure policy integration, follow-up and evaluation.

The importance of coordination and cooperation among Arab countries in achieving their development plans was emphasized, along with investing the comparative advantages of different Arab countries, especially their natural resources. Moreover, to address the major challenge of water scarcity and aridity, aggravated by climate change, Arab countries should embrace the water-food-energy nexus approach. Procedures and incentives should be agreed upon for the implementation of the Arab Strategy for Sustainable Consumption and Production endorsed by the League of Arab States.

The Conference called for the introduction of measures for the sustainable development of the financial sector and encouraging investment in green projects, including the issuance of green bonds, and the allocation of sufficient funding for research and development programs that support sustainable development. It recommended phasing out subsidies, while addressing the negative impacts on low- and middle-income households. The conference further pointed out the potential for attracting domestic resources to finance the implementation of SDGs, including national and regional development funds, government budgets and private sector.

The conference stressed the importance of strengthening the role of the private sector and civil society as partners in the government’s effort to achieve SDGs. It suggested the need to adopt special measures in countries that are hosting refugees, to ensure their basic needs while maintaining the ecological balance, and to prepare appropriate conditions for their repatriation at the earliest opportunity.

The conference recommendations will be disseminated to Arab governments and agencies, and presented to the climate summit in Marrakech, Arab Ministers of Environment, and the League of Arab States. 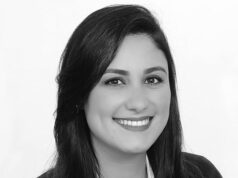