Chicago – Kenitra is the place I love most! Should I have a reason? I guess yes! To fully celebrate the soul thirsty of gratitude, I say: a bunch of reasons.

A city is not a place, geography, architecture, traditions or culture. This doesn’t fit perfectly to the idea of belonging. A city is an identity; it is all that one refers to and belongs to; gestures, dances, styles, attitudes, mentalities.

Kenitra; transliterated  Q’nitra, refers to a little bridge. The modern city as we know today was built by Marshal Hubert Lyautey, France first Resident-General in Protectorate’ Morocco along the east bank of Sebou River to serve as a major trading locale for French merchandise. By 1933, the city held officially its French name Port lyautey. Then a major harbor, now people can see how it is turning to a historical icon with its old-fashioned cranes and train tracks. 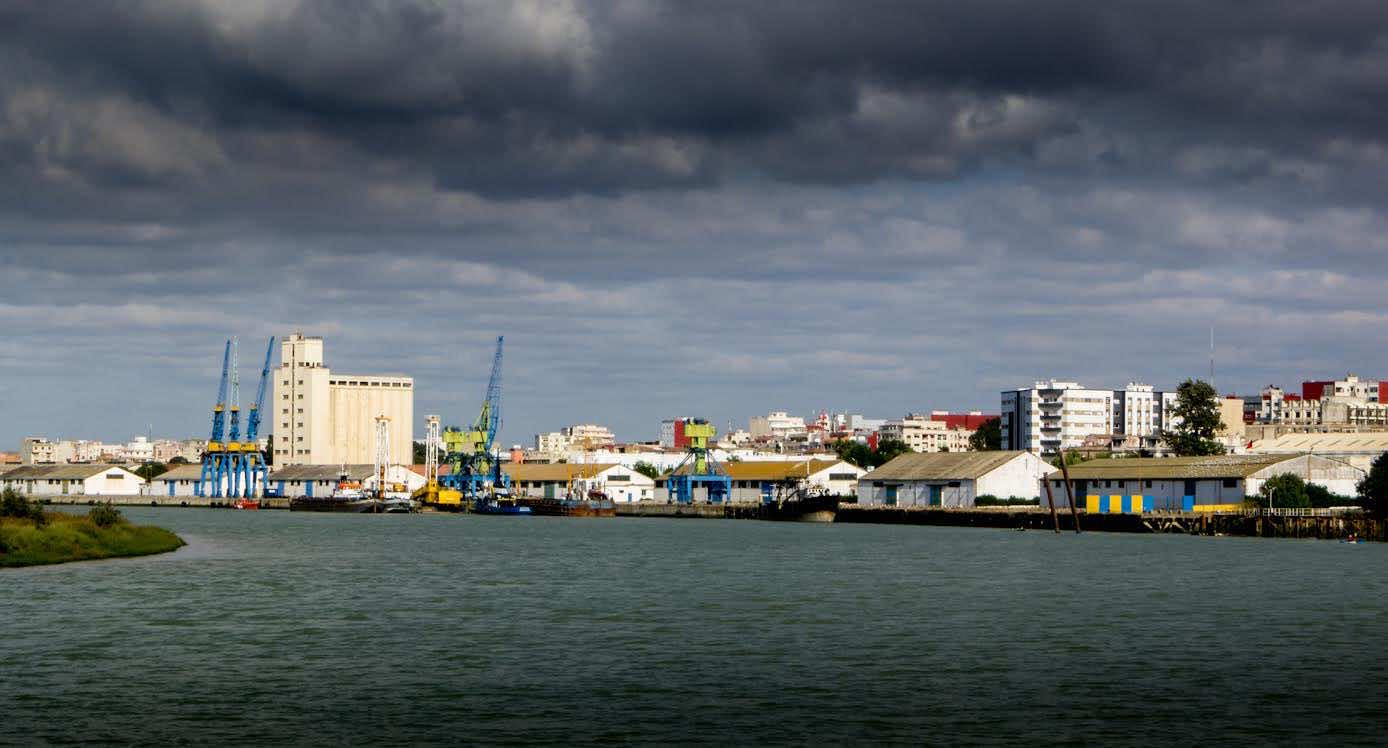 Throughout the years, the city has developed its own style and passed on its legacy in the eyes and the spirits of its inhabitants. From its French-style balconies, courtyards to its unique lampposts, every thing in the city marks a chapter in the modern history of kenitra. Yes, it is all French. This is what people think. In fact, the history of the city dates back to mid 600 BC; to when the Carthagian king Hanoon narratively founded many of strongly defended and strategic forts before proceeding his journey to the coast of Africa.

Just few kilometers north of Kenitra, the old cities of Banassa and Thamusida are still here to give a glimpse into Greek-Roman history wherein just recently many archeological expeditions have been revealing so much of a buried treasure; temples, courthouses, gardens, household utensils, vases, vessels, farming tools and much more… 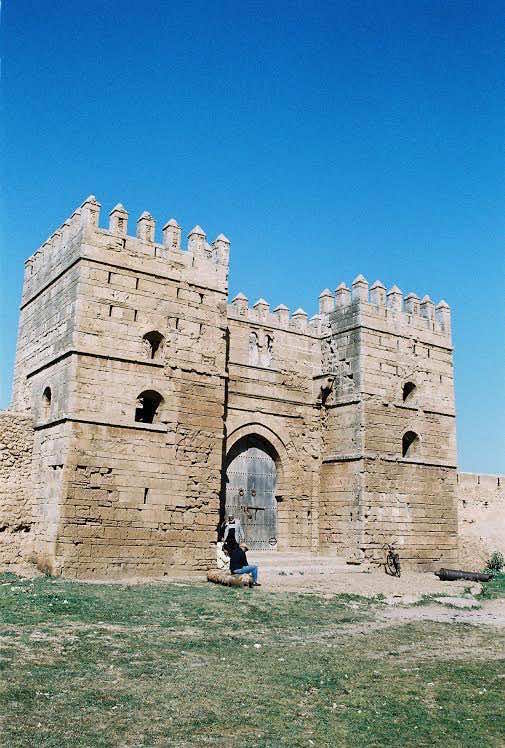 Let’s fly over every single thing having a root in this city. Should I have to chose my departing moment in reflection, I would say: the warmth of the people. It is quite normal every place has an attitude; a specific cultural mode or climate. One has few evidences to prove the opposite of the idea that every city is unique;  be it in what nurtures from the beauty of its landscapes, in the traditions that continue to live in acts, in the myths or legendary tales that defy time, in the spices of its authentic bazaars, in ceremonies, music, etc.  Kenitra has it all.

It doesn’t matter how less impressively or more we attach to these things we share with others. It doesn’t matter necessarily how these things manifest in reality, but how we define them and relate to. At the end, every single detail fits perfectly to the portrait of a beautiful city and marks a chapter in an endless story of love and admiration. The idea is we love our city and, of course, we feel proud to be born in such an overwhelming place. Should it sound extravagant or reflect a sort of exaggeration! Who cares? What matters most is the uniqueness nestling in our hearts  and living up to the momentum of belonging. 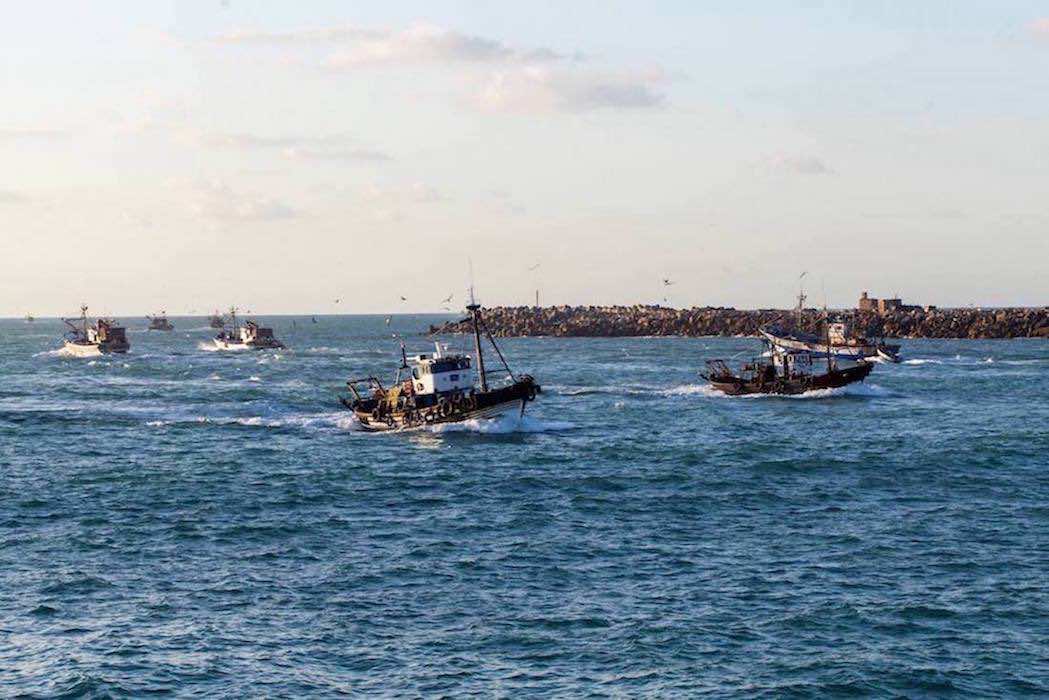 Then comes nature; the physical world that nurtures the mind, body and soul.  In Kenitra, there are many panoramic views of scenery to fall in love with. Every thing surrounding the city drags into wonder;  the gorgeous lake of Sidi Boughaba, the blue Atlantic ocean coastline, the one of its kind green Mamoora forest, and of course, the crowned Sebou river. Alas, not very common to have a beautifully peaceful river streaming in full pride through the scattered trees and little hills.

Not necessarily the little waves sprinkling the little drops of water in a stormy evening or the shadows being reflected on its surface in a sunny morning, but, the idea that the Sebou lives within the city and proclaims all moments of celebration. The river is us. It is all that remains from the days and nights of a man like me. A man lucky enough to be born near its banks… Sebou is my memory! 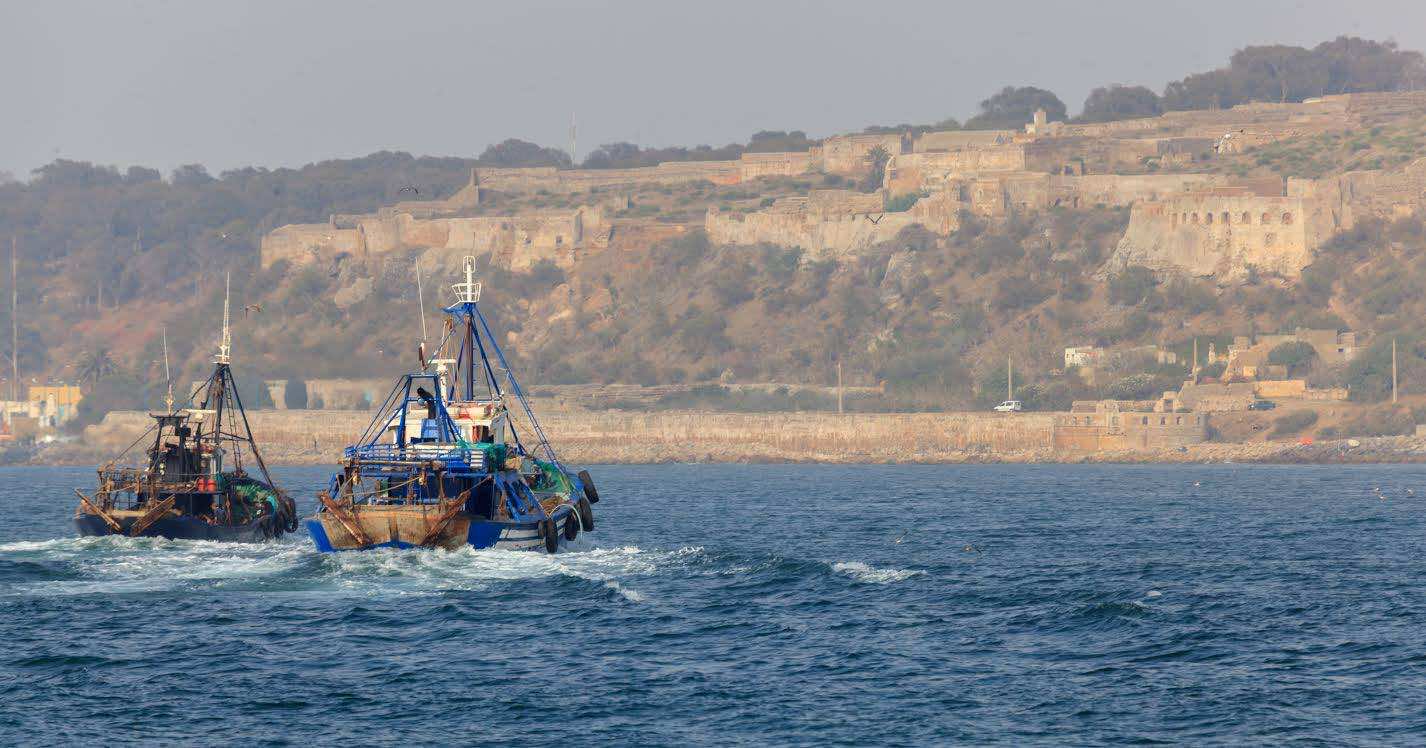 Years passed, nothing has changed in mind. A sailor waiving his hand from a Russian boat nearing the port, a crane lifting boxes into train cargoes, a fisherman catching a tiny Fish in full joy and amusement, or me watching the crowds setting next to its banks. Not to mention that birds were always there flying over heads in unison and snapping all attention to their clattering and to their amazingly formed circles. Sebou river is a memory;  my memory. Nowadays, it is where people like to go have a cup of coffee or tea,  it is where lovers gather and families unit. Yes, Sebou now is  a public place, a major attraction in the city. Nevertheless, I feel it unchanged within my self. Sebou still holds, may be more strongly, to the spirit of those sailors inhabiting me. Say: the view changed a little bit, the emotional portraits luckily didn’t.

“I always wonder why birds stay in the same place when they can fly anywhere on the earth”. Is it love? Who knows? We have one in the city! We have storks!  Kenitra lies under one of the few migratory routes for these black and white long-legged and long-necked birds wintering in Africa. Amusingly, storks are now among few bird species in northwest Africa that remarkably adapted to humans’ activities and prefer now not to cross the Sub-Sahara desert and winter locally. The way they nest is turning gradually into a portrait  featuring the city of Kenitra. 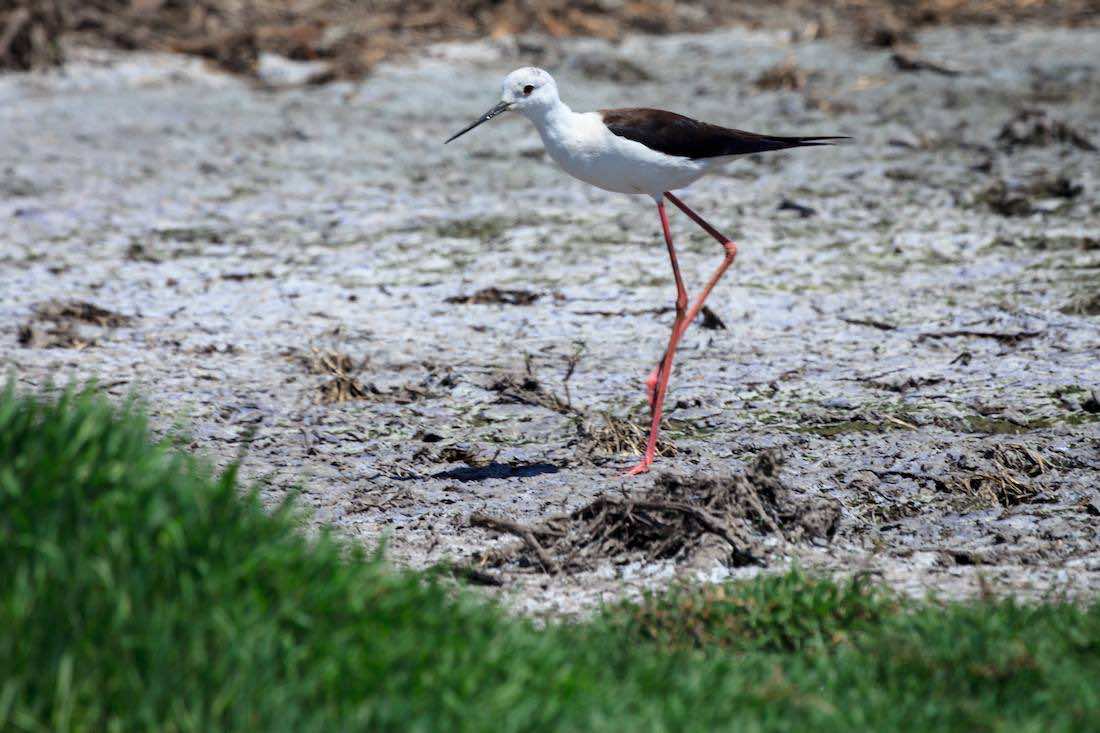 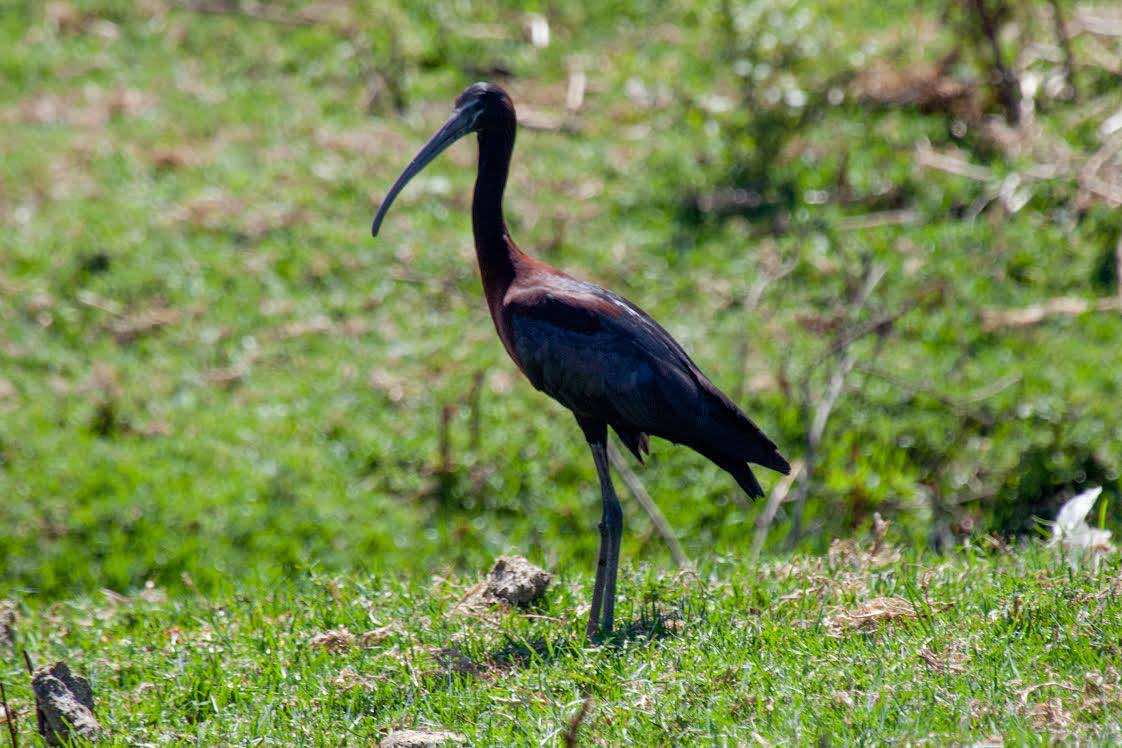 Storks dwell in many parts of Europe, Asia and Africa and are commonly seen in the wetlands, rivers and estuaries. They usually feed on frogs, earthworms, insects, fish and even small birds. With their large sizes, unique bill-clattering, gliding flight, storks have marked historical  prominence in the culture of Kenitra. Once being a crossroad or a staging area, now these birds call the city home. Yes, there are elsewhere; in Rabat, Essaouira, Safi, Al-Jadida, Tangier… Here, the story is a bit different. 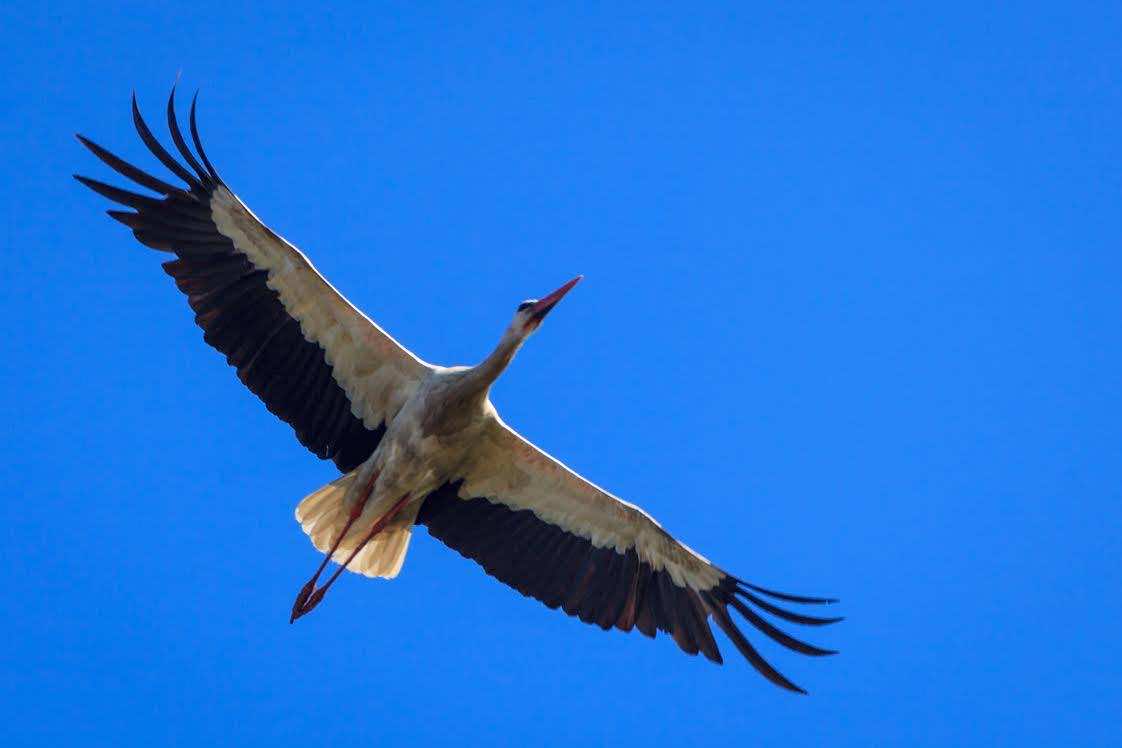 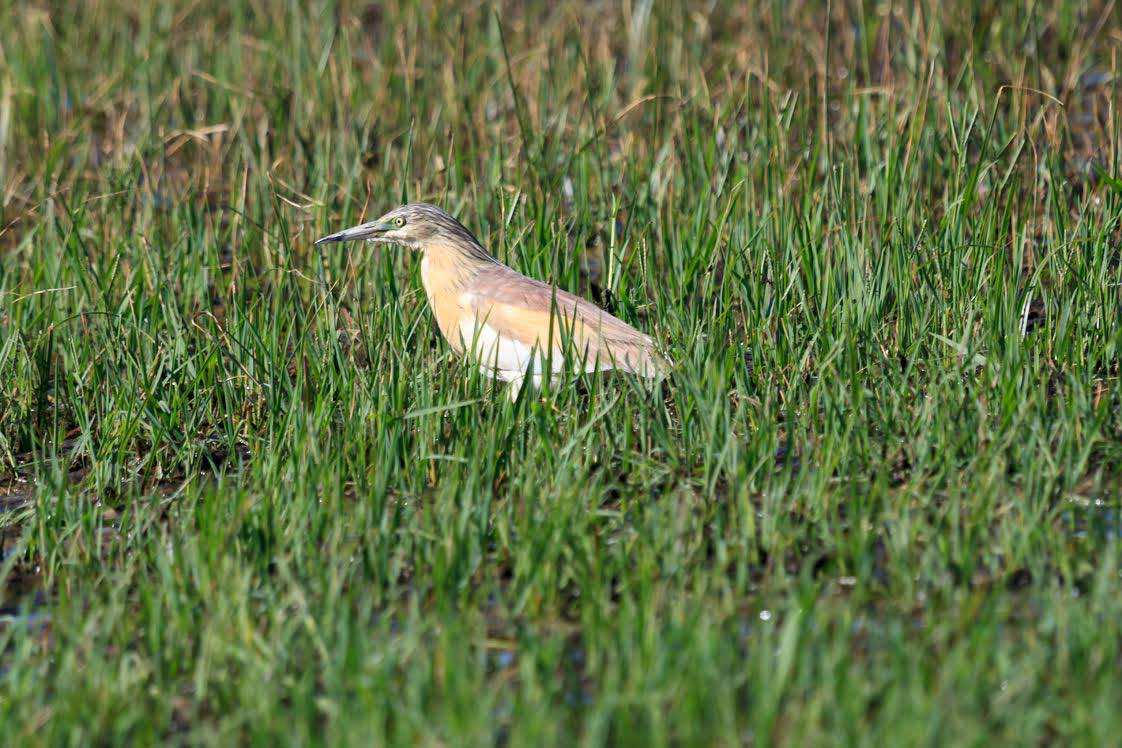 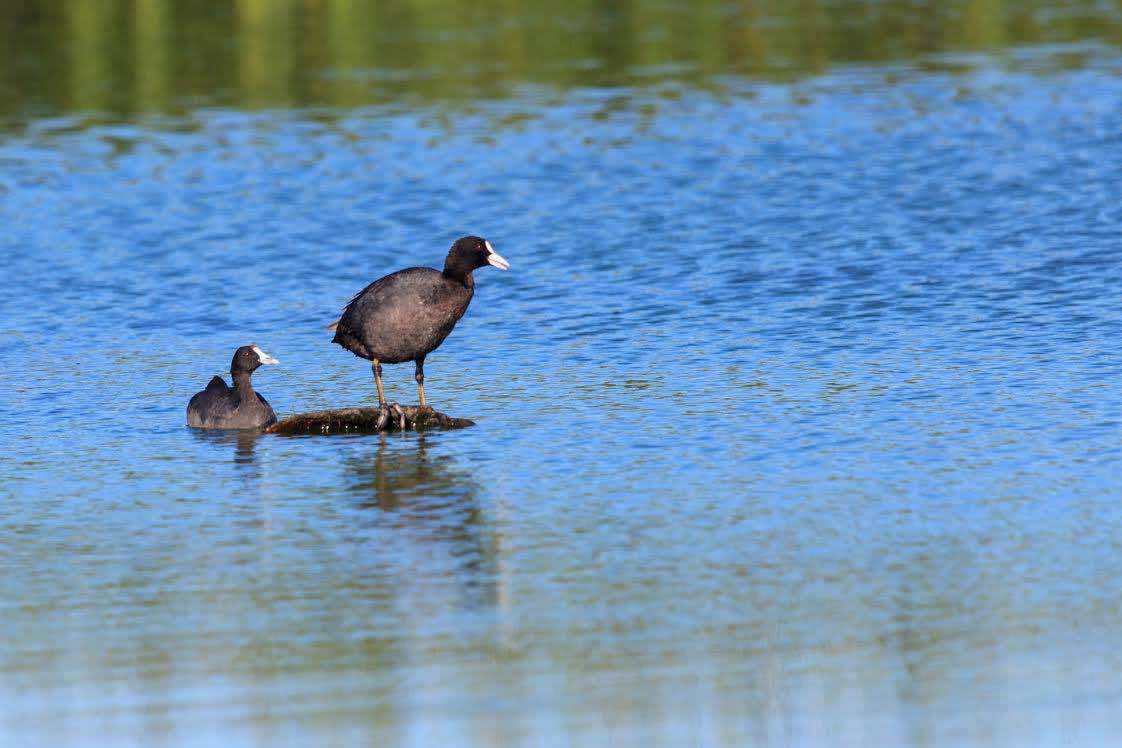 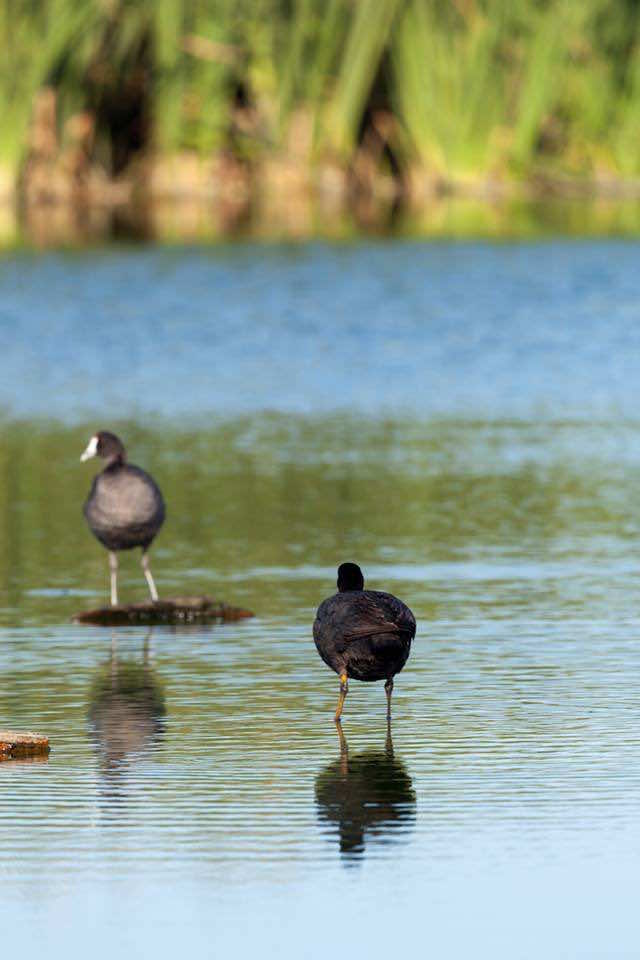 A visitor shouldn’t be surprised to see them everywhere in Kenitra; on the lofty minarets of mosques, old buildings, French -style balconies, pylons and lampposts. At no circumstances, he may not be surprised to see how they calmly and proudly  nestle… Every kenitra-ian feels grateful to the festivity these birds realize in the open sky of the city. Call them the conqueror of the place, the guardians, the masters of beauty or the spirits never quitting. It doesn’t matter how much I have to scratch my memory to recall a moment of celebration or amusement. All I have to do is to be fully ready for inspiration from the maneuvers and endeavors of these beautiful birds we call Bellarajj.

Now that I am ending these words, I would love to finish a with T.S. Eliot lofty words that “sweet rivers run  softly till I end my song.” 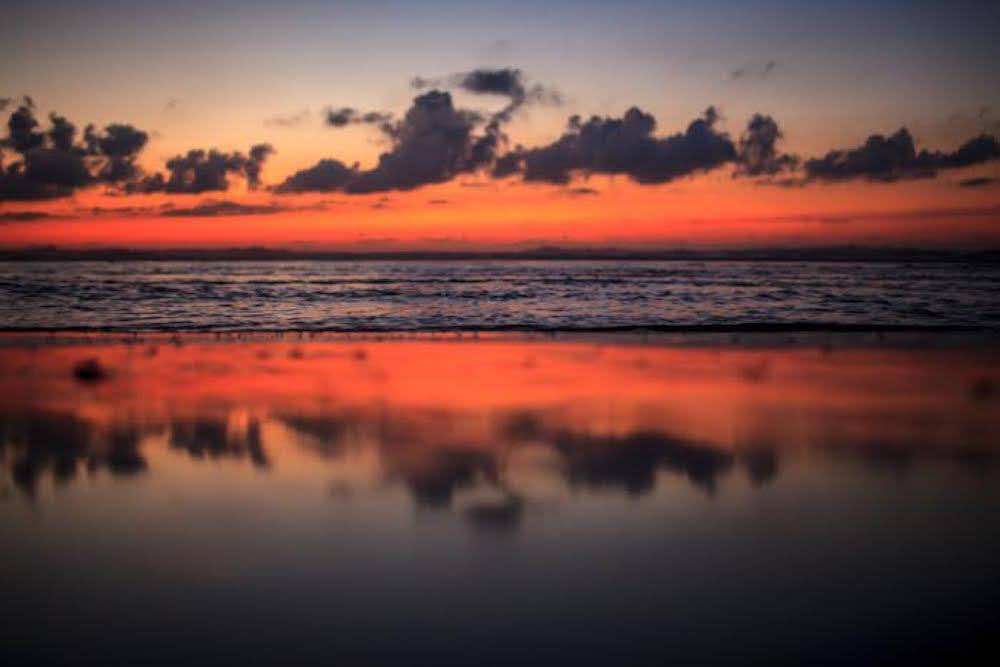 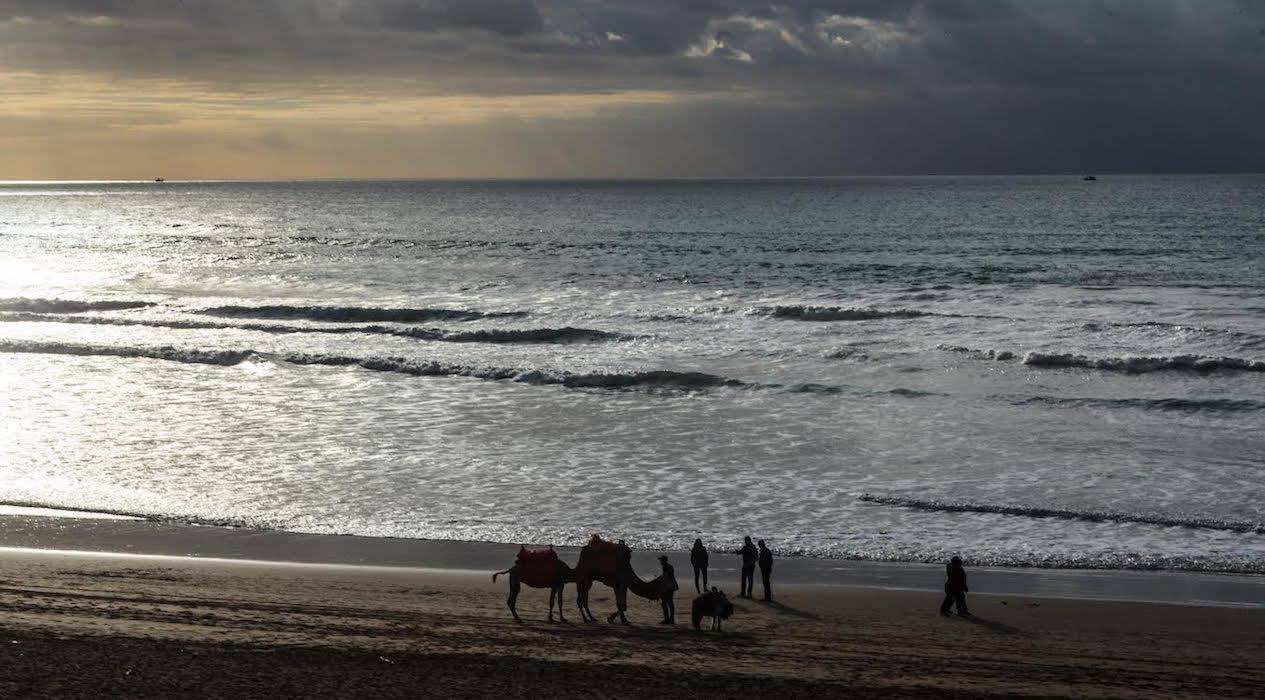 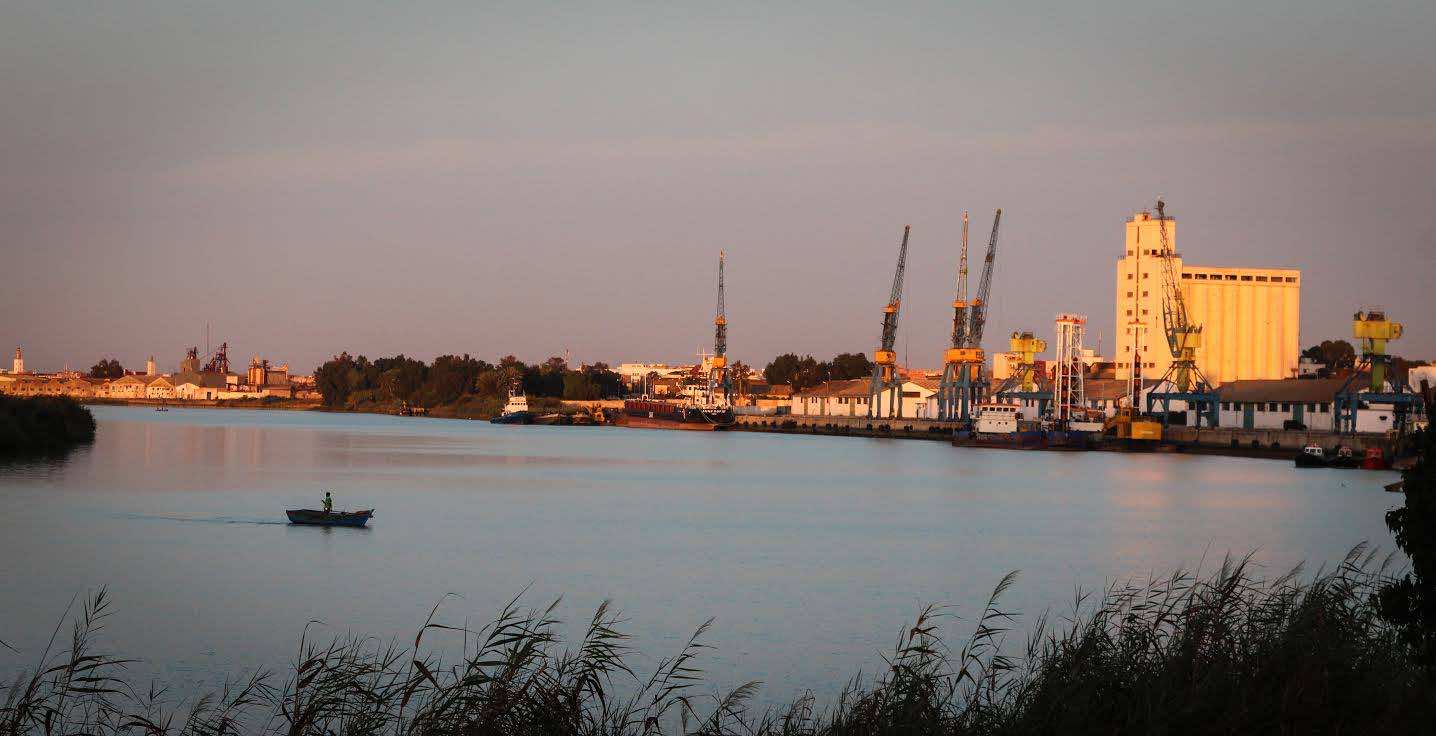 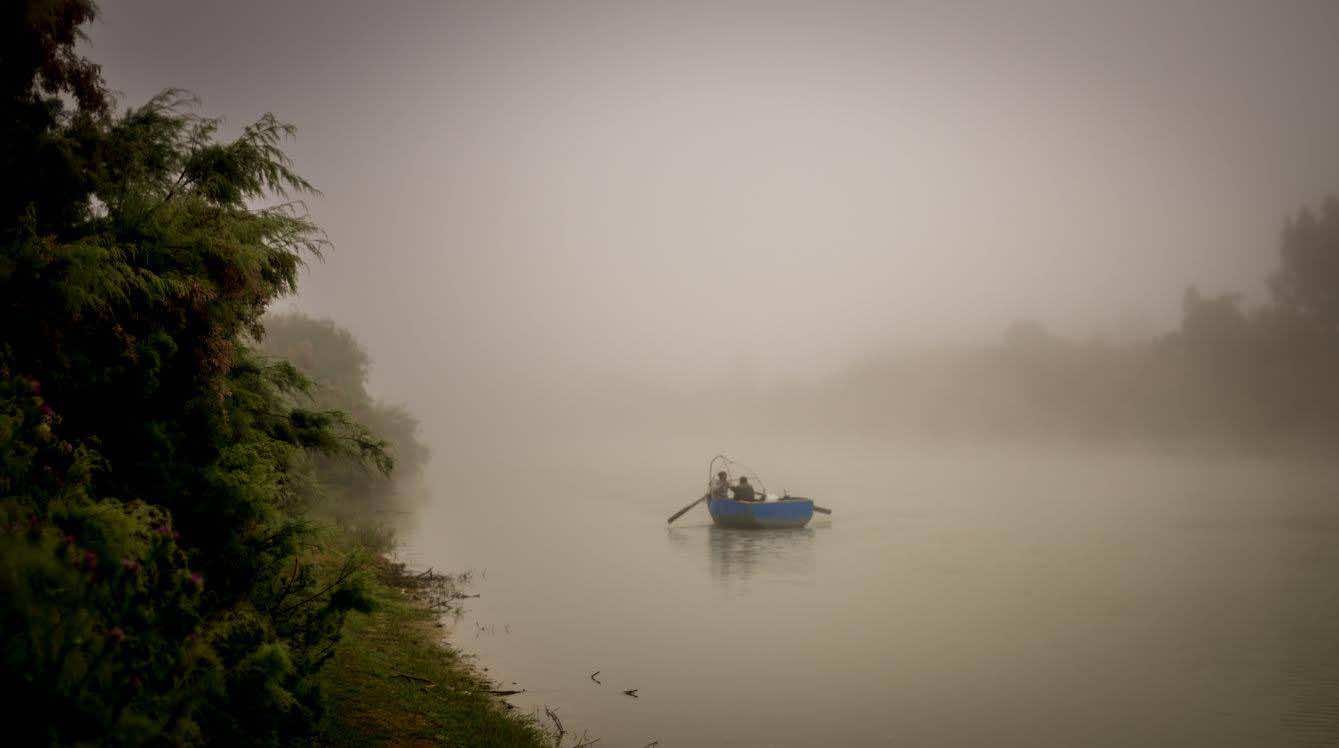 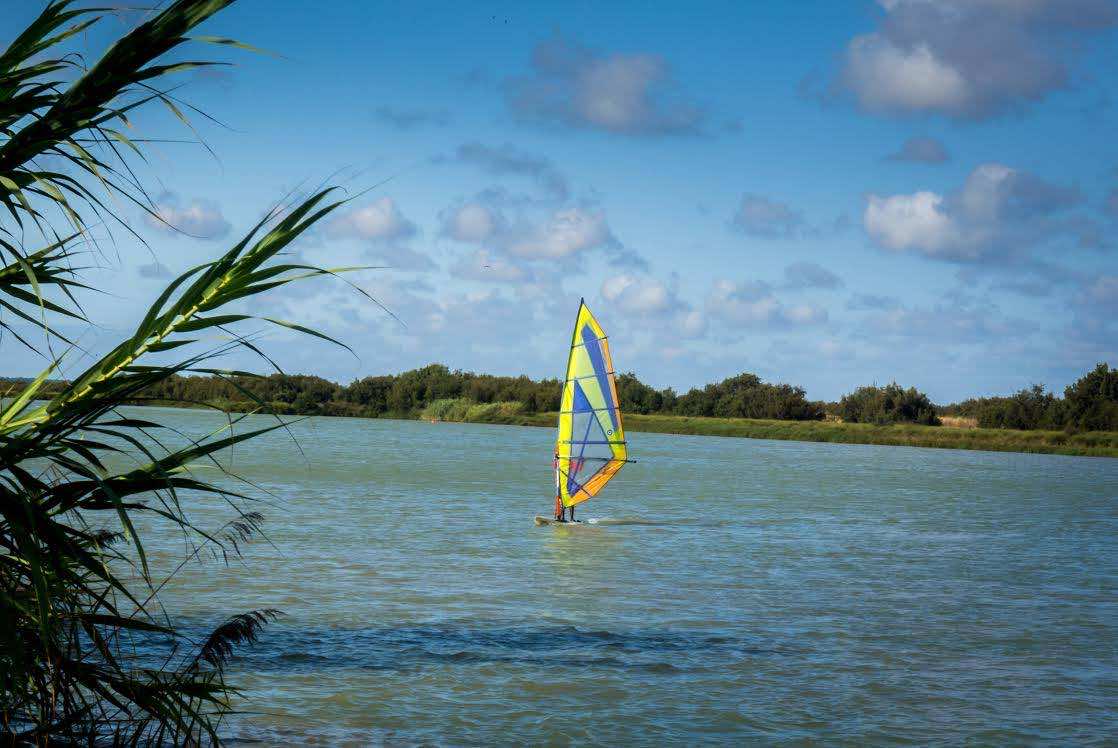 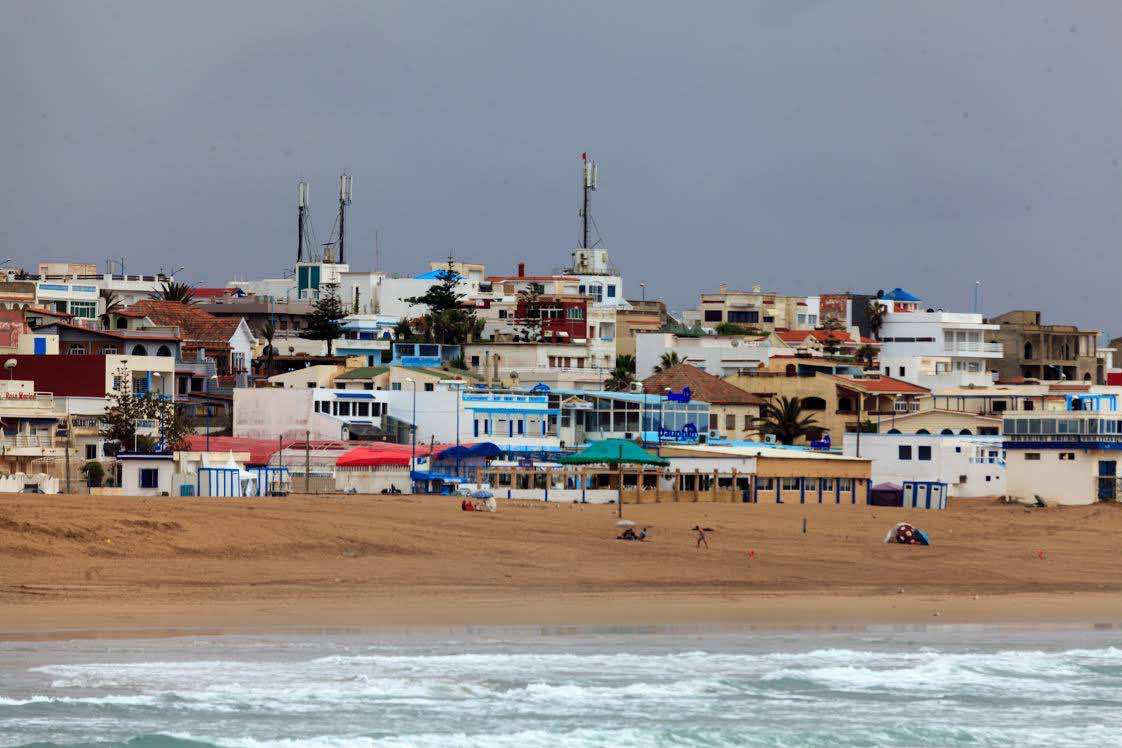 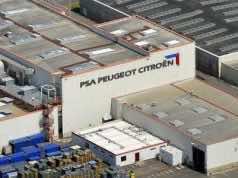 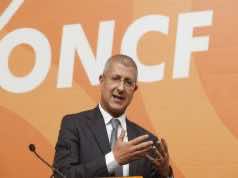 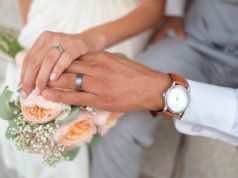