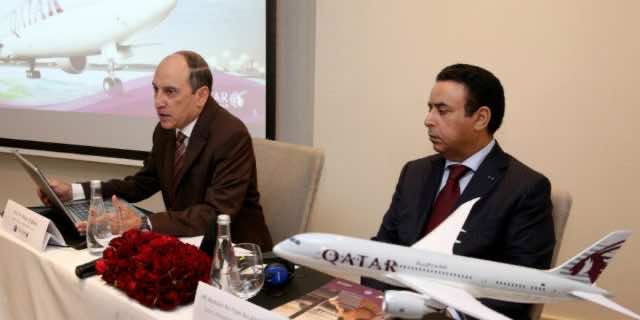 “Through our partnership with RAM, we would like to give passengers a great travel experience to West Africa, the Middle East and Asia. This agreement offers access to more than 50 destinations offered by the two companies.”

According to H24 Info, Al Baker confirmed his company’s desire to own more equity in Morocco’s RAM. Negotiations between the two companies may end up with Qatar Airways owning between 25 and 49 percent of Royal Air Maroc’s capital.

According to the same source, byApril 4, 2017 Royal Air Maroc will also offer an additional flight on the Casablanca-Doha line, bringing the total number of weekly flights connecting the two cities to 5.

Al Baker also explained that Qatar Airways could potentially collaborate with Agadir and Fez airports to offer flights to and from the two Moroccan cities. The decision will be announced once“a commercial study” by the company has been completed.

Qatari Airways announced its new 2017 destinations, which will include Canberra in Australia and Rio De Janeiro in Brazil.

Qatar’s ambassador to Morocco,Abdullah Ben Falah Al Dossari, who also attended the press conference, stating that Qatar Airways’ success is related to its strategic positioning across the world.

“Qatar Airways is affordable, but its services are a success,” highlighted Abdullah Ben Falah Al Dossari.