Washington D.C - Moroccans have not forgotten King Felipe’s speech at the United Nations on September 21, 2016. The Spanish Monarch’s call for the self-determination of the people of Western Sahara was hypocritical and unfitting. His Majesty conveniently disregarded the Spanish government harassment and repression against the pro-independence elected representatives of the Catalan people. King Filipe is no champion of self-determination. 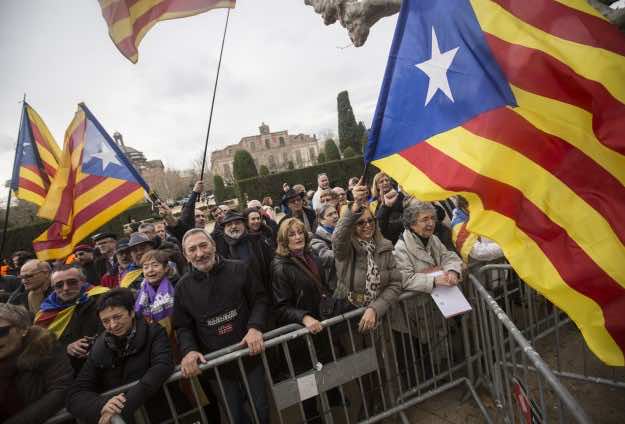 By
Hassan Masiky
-
Hassan Masiky was born in Kenitra, Morocco, and is based in Washington as a blogger and freelance writer.
Nov 29, 2016
Spread the love

Washington D.C – Moroccans have not forgotten King Felipe’s speech at the United Nations on September 21, 2016. The Spanish Monarch’s call for the self-determination of the people of Western Sahara was hypocritical and unfitting. His Majesty conveniently disregarded the Spanish government harassment and repression against the pro-independence elected representatives of the Catalan people. King Filipe is no champion of self-determination.

The role of the King of Spain is symbolic, nonetheless Felipe VI ventured into this diplomatic landmine by choice.  His decision to speak up leaves the Moroccans with no choice but to retort.

If King Filipe calls for the respect of the rights of the people of Western Sahara to self-determination, then King Mohammed should speak for the democratic rights of the Catalan people to hold a referendum for independence.

Furthermore, The Moroccan Monarch should call for an end to the escalation of repression against the pro-independence movement in Catalonia, and ask the Spanish Courts to stop using the judicial branch as a political tool to deny the Catalan people the right to vote for self-determination.

Since Spain’s official position in the Western Sahara conflict is a “solution that will provide for the self-determination of the people of Western Sahara, in the framework of arrangements that are consistent with the aims and principles of the UN Charter”, King Felipe should stand for similar principles and extend the same rights to the Catalan and Basque people.

The Moroccan king should call on the international community to tackle the Catalan issue head-on. King Mohammed VI has every right to call on King Felipe to stop the political and judicial persecutions of Catalan pro-independence activists.

Because this call for Saharawi self-determination came from the Spanish King, the Moroccan ministry of foreign affairs and the Moroccan press declined to reply or comment on this unprecedented provocation. Then again, this silence must stop as it gives the impression that Moroccans are unable to counter this undiplomatic act.

In fact, Morocco can play a major role in supporting the Catalan pro-independence movement. The simple gesture of opening Catalan diplomatic representations in Rabat will send the chills down the spines of Spanish officials.

Barcelona is working hard to gain international presence and portray itself as a nation about to be independent.  The Catalan Minister for Foreign Affairs, Raül Romeva, will be happy to open an office in Morocco.

Moroccan nationalists do not understand the logic behind their country’s shy and meek position on the Catalan question. If Madrid let the Sahrawi separatists of the Polisario open offices everywhere in Spain, then Morocco should do the same and let the Basque and Catalans pro-independence movements set up shop in Morocco.

Moroccan diplomats cannot skirt these issues any longer. It is precisely this Moroccan indifference to Spain’s strong support of the Polisario that gave King Felipe the audacity to humiliate Morocco. Madrid backs away from anti-Moroccan positions only when Rabat threatens do go on the offensive.

Moroccan officials should treat the Catalan Republicans the same way Spain handles the Polisario and its affiliates. King Felipe and the Spanish political establishment will feel the major ramifications of such change of positon if Rabat’s decides to adopt the Catalan cause.

King Felipe’s statement about the Sahara at the UN makes him a fair game for the Moroccan press. He cannot defend certain ideals only when it suits his political views. The Catalans have the rights to choose their political destiny, and Moroccans should be the first to support their struggle notwithstanding there is a good chance that the new Catalan nation would support the separatists of the Polisario.

King Mohammed’s interest in the Catalan question will give the independence movement a boost on the international scene. It will also stop Madrid’s judicial pursuits.

Madrid may succeed in slowing down the pro-independence drive, but it will not stop it. King Filipe’s testimonial about self-determination will in fact further the Catalan cause and bring about the independence of the Catalan nation.