Rabat - "Aspects of Violence against Women in North Africa" is the title of a new edited book led by the Morocco university researchers Moha Ennaji and Fatima Sadiqi. 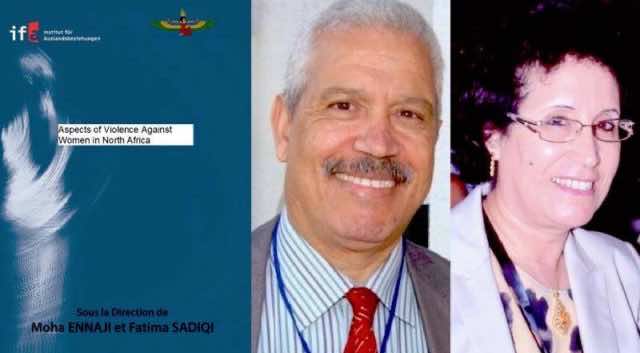 Rabat – “Aspects of Violence against Women in North Africa” is the title of a new edited book led by the Morocco university researchers Moha Ennaji and Fatima Sadiqi.

Published by the Isis Center for Women and Development in Fez with the support of the German Institute for Cultural Relations (IFA), this book, of 160 pages, deals with the causes and consequences of violence against women in the Maghreb.

It includes ten chapters motivated by the growing interest in gender studies, and explores the various aspects of violence against women in Maghreb societies from a sociological and comparative perspective.

The book focuses on the problem of violence with the aim to deconstruct its historical, cultural, religious, social, and political foundations. It shows that violence against women is a multi-faceted phenomenon in North Africa, where tradition, social norm, religion and politics blend in a highly patriarchal society.

Participants in this publication reveal that gender-based violence varies from verbal threats, coercion, economic abuse, arbitrary deprivation of freedom, to physical violence. It can be caused by a husband, partner, family member or other persons. It may also include sexual harassment and abuse by persons such as employers, public authorities, teachers, etc.

The book shows that violence against women and girls in the Maghreb, as in the rest of the world, has dramatic ramifications for families and communities, as it not only hinders women but it hampers productivity, reduces human capital, and undermines economic growth as well.

The book also shows that the region has recently become a hotbed of violence against women, especially after the so-called “Arab Spring,” and that the victims of civil wars today are 70-80% civilians, mostly women.