Brussels - The right to assembly is regularly violated in Algeria by the often violent dispersal of demonstrations by the forces of order, European ONG EuroMed Rights said. 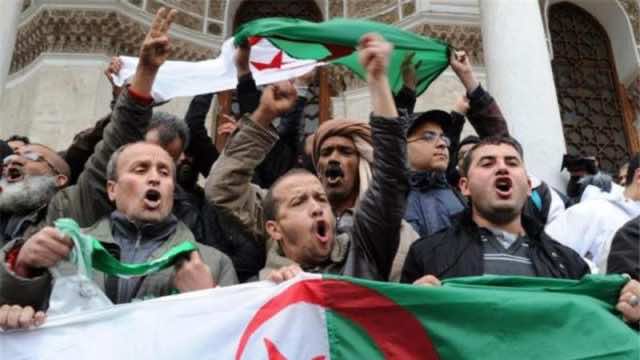 Brussels – The right to assembly is regularly violated in Algeria by the often violent dispersal of demonstrations by the forces of order, European ONG EuroMed Rights said.

“On Sunday November 27th 2016, a demonstration organized by the trade union federation – bringing together different independent trade unions – notably from the public sector – was fettered by a strong police presence,” the ONG pointed out in a statement.

“The demonstrators wanted to gather in front of the National People’s Assembly (APN) in order to demand the withdrawal of the retirement bill which, according to the independent trade unions, calls into question many of the rights acquired by civil servants. The Main Square, where the demonstrators were due to meet, was patrolled by the police force and all the accesses were blocked off in order to prevent other demonstrators from joining the gathering,” the source went on.

A peaceful demonstration by SOS Disappeared in front of the APN was repressed on September 29th, 2016 and old women, who were the mothers of disappeared persons, were arrested by the police, Euromed Rights added.

On February 6th, 2016, a conference on the socio-economic situation in Algeria, despite being organized in the premises of the National Independent Union of Public Administration Personnel (SNAPAP) was also banned, the source said.

EuroMed Rights exhorted the authorities to repeal the decree of June 18th, 2001 which forbids all forms of public demonstration in Algiers and to establish a system of simple notification for public demonstrations – instead of the system of prior authorization, adding that this has already been recommended by the United Nations Special Rapporteur on the promotion and protection of the right to freedom of opinion and expression. EuroMed Rights aims at promoting and strengthening human rights and democratic reform in the Euro-Mediterranean region.