Morocco World News
Home Opinion Op-Eds Is Morocco’s Bet on Africa the Right Thing To Do? 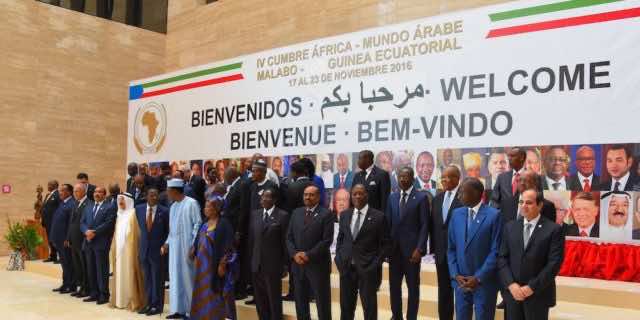 San Francisco – Do Morocco’s so-called African friends actually have Morocco’s back? It seems only Morocco thinks that is the case.

Morocco simply does not get much in return politically even though it is the second largest investor in Africa, the third largest exporter to Africa, and 85% of its foreign direct investment is in Africa.

Other than Somalia, not a single so-called African friend withdrew from last Arab-African summit in the capital of Equatorial Guinea to protest the presence of the self-proclaimed Sahraoui Arab Democratic Republic separatist movement.

What happened to Senegal, Gabon, Ivory Coast, Mali, Guinea, Burkina Faso, Sudan, and many others? Why they stay put? Even worse, not a single North African country sided with Morocco. It is no surprise that Egypt’s El Sissi attended the meeting to please Algeria after Saudi Arabia stopped supplying him with oil when he sided with Russia regarding Syria.

There was no surprise either when Morocco’s sworn enemy Algeria attended the meeting, as a matter of fact, the Algerians celebrated through their corrupt media when Morocco walked out of the meeting, but what happened to our so called friend Tunisia? It is sad to witness that Tunisia which is considered a great friend by all Moroccans went from an example of the Arab world to a puppet of Algeria.

Have Tunisians forgotten that the King of Morocco walked the streets of downtown Tunis right after after it was hit by terrorists’ attacks to show the world that they have nothing to fear and they should visit Tunisia?

Has their president forgotten that the King of Morocco visited him before he even became president to show support? The Tunisian President even went as far as declining many Moroccan invitations just to please his Algerian masters in Algeria.

When 28 African countries wanted to suspend the “Sahraoui Arab Democratic Republic” because it did not represent a real state and was not accepted by other inter-governmental bodies like the UN, why did Tunisia refuse to join them? Moroccans do understand that Tunisia gets a fair amount of help from Algeria, but does it have to be its puppet to receive this help? Does it have to destroy its relationship with Morocco just to please Algeria?  Where is the positive neutrality that Tunisia has championed?

African countries that call themselves Morocco’s friends when they visit Morocco, or when the king pays them a visit, need to live up to this friendship. If they believe they will continue milking Morocco by keeping the relationship iffy and doubtful, they are wrong. If they believe that when Morocco joins the African Union it will be doing its own defense and will no longer rely on their friendship, they are wrong. Morocco does not forget its friends and has never broken any relationship with real friends like Saudi Arabia and Senegal.

Should Morocco continue investing in Africa and should the king continue visiting African countries? The answer is definitely yes. Africa will eventually become the new business hub for investors and Morocco should be at the forefront of the competition. The King of Morocco understands very well that Morocco’s future is in Africa, where many business opportunities are waiting to be discovered and created.

We all remember that parts of Asia were even worse than some parts of Africa right now, and the amount of progress that has taken place in such a short time is simply amazing. Africa is certainly the next frontier for business ventures. Dictators will eventually dwindle and democracy will prevail. Many rich countries will look to Africa as a safe place to invest and Morocco should be there when they arrive. Should Morocco rely on its so-called “African friends” to end the Sahara conflict? The answer is that in order to end the Sahara conflict the problem needs to be resolved through negotiation with Algeria and only Algeria.

Unfortunately, Morocco will have to wait until the day a responsible government takes root in Algeria that is willing to negotiate in good faith to end to the Sahara conflict. As of now, there is no hope in sight, Morocco will just have to keep fighting and not allow Algeria to forge ahead.