Casablanca - Israel thanked all the countries that participated in extinguishing a massive fire except Palestine, causing the Palestinian government to denounce the negligence. 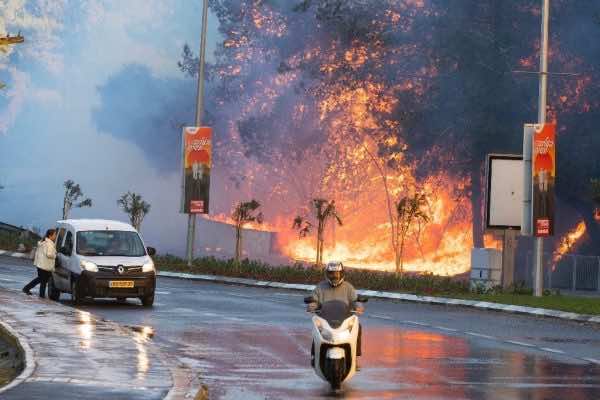 Casablanca – Israel thanked all the countries that participated in extinguishing a massive fire except Palestine, causing the Palestinian government to denounce the negligence.

The Israeli Ministry of Foreign Affairs released an official statement on Monday thanking all the countries for their help in extinguishing the days long fire that broke out in Haifa and western Occupied Jerusalem. The Arabic-language infographic mentioned all these countries and showed their flags, except for Palestine.

Although the Palestinian authorities represented their country in this operation with 8 firefighting crews, the Israeli infographic did not include the Palestinian flag. The only mention of the Palestinian effort came in small print in the bottom of the photo, reading: “The Palestinian Civil Defense participates in extinguishing the fire.”

The other countries mentioned with their flags are Ukraine, the United States, Greece, France, Turkey, Spain, Azerbaijan, Cyprus, Jordan, Italy, Croatia, and Egypt. The infographic even mentioned the countries that offered to assist without actually sending crafts: Belarus, the United Kingdom, Portugal, Switzerland, Georgia, Bulgaria, Romania, and Czech Republic.

According to Israeli newspaper Maariv, Prime Minister Benjamin Netanyahu wanted to call Palestinian President Mahmoud Abbas following his decision to send over the firefighting crews. However, the Israeli Ministry of the Interior considered it improper to thank him or show the Palestinian flag in the statement.

The Palestinian Ministry of the Interior released a statement denouncing the ingratitude and explaining that the crews were sent for humanitarian motives. The statement also spotlighted Israel’s attempt to discredit Palestine’s humanitarian role. 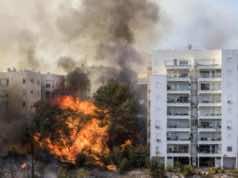