Washington - U.S. Secretary of State John Kerry and High Representative of the European Union for Foreign Affairs and Security Policy Federica Mogherini signed Tuesday a U.S.-EU Acquisition and Cross-Servicing Agreement (ACSA), said a statement by the US Department of State. 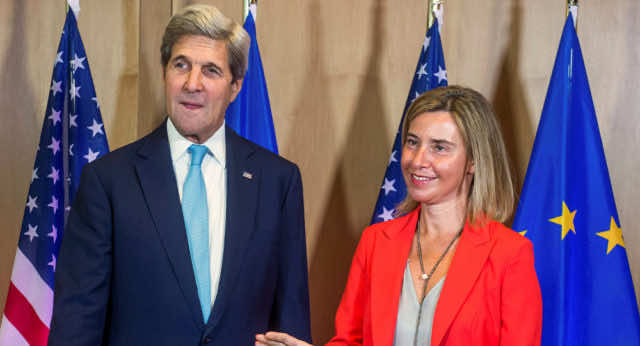 Washington – U.S. Secretary of State John Kerry and High Representative of the European Union for Foreign Affairs and Security Policy Federica Mogherini signed Tuesday a U.S.-EU Acquisition and Cross-Servicing Agreement (ACSA), said a statement by the US Department of State.

The ACSA will facilitate reciprocal provision of reimbursable logistic support, supplies, and services between the United States and EU during military deployments and operations, the same source noted.

The signing of the ACSA marks a major milestone in U.S.-EU military cooperation in enabling crisis response and promoting security around the world. U.S. and EU personnel and forces continue to work hand-in-hand to address crises in international security, particularly in Africa, the statement added.

The ACSA will also help to reinforce the strategic partnership between NATO and the EU as they work together to strengthen defense and security in Europe and project stability among neighbors and partners.