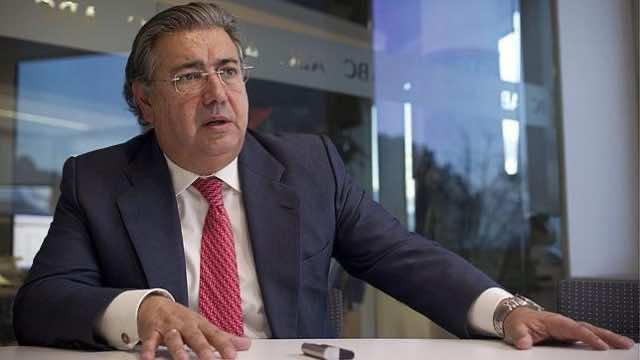 “The relations and the flow of information (…) between the security forces of Morocco and Spain are bearing fruit. We can hardly find a close, loyal and trustworthy collaboration like that of our two countries,” Zoido told the press after a working meeting with his Moroccan counterpart, Mohamed Hassad.

Regular meetings and the sharing of experiences and information between the security services of the two countries have consolidated and strengthened this “excellent cooperation” in addressing common challenges, notably the fight against terrorism and trafficking and migrant smuggling networks, he added.

Zoido also said that this is his first visit to a foreign country since taking office last November, while stressing his country’s strong determination to preserve and further consolidate the close ties of friendship and good neighborliness with Morocco.

In this regard, he highlighted the fraternal ties between King Mohammed VI and King Felipe VI.

Mohamed Hassad said that the relations between Morocco and Spain are of a very high level, thanks to the “direct and permanent contacts” between HM King Mohammed VI and HM King Felipe VI, which “encourage us to further strengthen this cooperation”.

This meeting was an opportunity to discuss all the subjects of common interest for the two countries, he noted, praising the cooperation between the Moroccan and Spanish security services.

“There have been operations that required a year of joint action, and in which the Moroccan services have shown professionalism,” he said.