Casablanca - An Emirati student in Ohio was shot and killed by a Hudson police officer on Sunday. 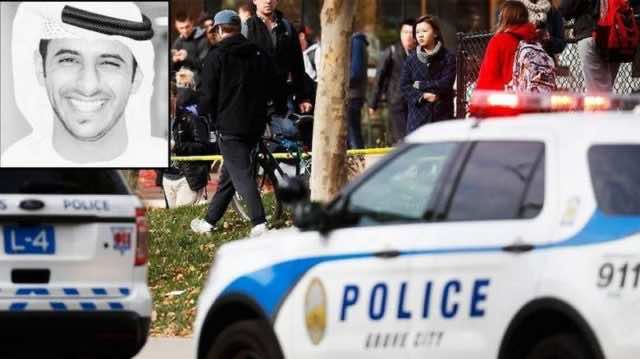 By
Ghita Benslimane
-
Ghita is a Moroccan native and a graduate of Boston University’s Film and Television program.
Dec 7, 2016
Spread the love

Casablanca – An Emirati student in Ohio was shot and killed by a Hudson police officer on Sunday.

26-year-old UAE student Saif Nasser Mubarak Alameri had been “speeding and driving erratically on Sunday on the Ohio Turnpike when he sideswiped another vehicle, causing his car to flip onto the roof,” reports ABC News. According to local authorities, Alameri is believed to have fled the scene, which led police officers and state patrol troopers to run after him into the woods.

Authorities further stated that a Hudson police officer shot Alameri once in the head during a struggle, leading to his death.

The police officer, who was not identified, was treated for minor injuries and put on paid administrative leave pending further investigation.

Alameri, however died from the injury he sustained during the incident. Following an autopsy, the Summit Country Medical Examiner’s office stated that “the cause of death was a gunshot wound to the head. The manner of death is homicide.”

Jill Del Greco, a spokeswoman for the Ohio attorney general’s office, told ABC News that investigators from Ohio’s Bureau of Criminal Investigation are expected to meet with UAE representatives.

The UAE’s Ministry of Foreign Affairs released a statement on Tuesday, has also said it was following the investigation closely.

In a statement, Mohammed Al Raisi, Undersecretary to the Ministry of Foreign Affairs and International Cooperation, said that “in light of this follow-up, and after details of the painful incident are clarified by the authorities, the ministry will issue a more comprehensive statement at a later time.”

On social media, UAE citizens expressed their sorrow over the news of Alameri’s death and, within hours, the hashtag #Saif_Nasser_In_God’s_Hands was trending in honor of Alameda.

In the tweet above, Twitter user @Almansore_AD says, “There is no God but God. An American police officer shoots an Emirati in America. We will get our right, God willing.”

This is the second incident in the last few months involving a run in between Ohio police and an Emirati citizen.

In June, Emirati businessman Ahmed al-Menhali was falsely accused of being associated with ISIS. Al-Menhali, who was wearing traditional garb at the time, was arrested and detained at gunpoint by police in Avon, Ohio after someone told the police that he had pledged to ISIS.

Though authorities later apologized to Al-MenhaliI, the incident said a lot about racial profiling in the United States. So much so, in fact, that Emiratis traveling to the United States were warned by UAE authorities to avoid wearing traditional garments for fear of being profiled.