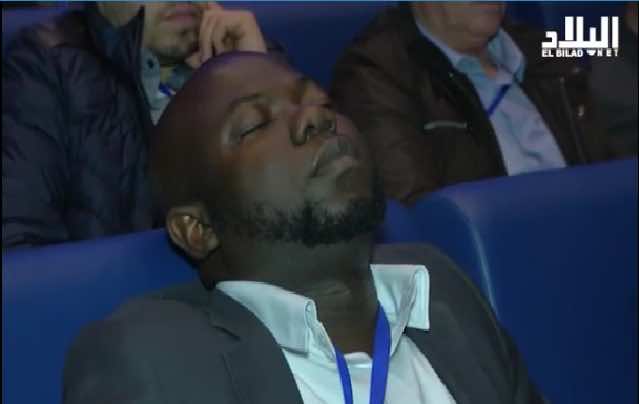 The African Investment Forum, or Algeria’s unpremeditated, incoherent, and poorly planned attempt to steal the light from Morocco following its signing of historical collaborations with numerous eastern and western African countries, has resulted in ridicule from the infuriated Algerian media.

Numerous Algerian news sources and TV channels have made comments ranging from ridicule to anger over the African Investment Forum in Algeria. A TV report that has gone viral on social media, which was shared by the Algerian Facebook page 1, 2, 3 Viva l’Algerie, highlights the colossal failure of the Algerian regime to organize a three-day forum that brings together important economic players in Africa.

The report starts by sarcastically reminding us that the location of the forum is the same location where Algeria previously managed to convince oil-producing countries to agree to an important agreement to reduce the production of crude oil Then, cameras show numerous participants either mindlessly checking their cellphones or carelessly napping. Focusing the camera on a deeply sleeping participant, the reporter states, “the state of investment on this continent is no different than the state of this investor.”

As to the participants’ stark disregard of universal etiquette pertaining to gatherings and forums, the report shows people smoking cigarettes despite the clear signs prohibiting smoking in the conference room.

The incoherence of the forum extended beyond the silly blunders in formalities. The Algerian Prime Minister, Abdelmalek Sellal, left the forum along with a procession of ministers immediately after an opening speech, leaving Ali Haddad, the Chairman of Business Leaders Forum (FCE), to wallow alone in the dismal failure of the forum.

“The second day was no better than the first,” continues the report, unveiling that three government officials did not attend the workshops they were assigned to chair. “Attendance was limited for the Minister of Energy, Noureddine Boutarfa, who would later bail out along with Haddad, the person in charge of the event, leaving Africans behind alone.” This sparked outrage among the participants who criticized the mismanagement of the forum as it was underway.

Other major blunders included cancelling the scheduled dinner and the absence of the Abdeslam Bouchouareb, the Algerian Minister of Industry and Mines on the last day, under the pretext of sickness. More appalling was the fact that Ali Haddad handwrote his closing speech in the conference room with the help of the officials who sat next to him.

The report also sheds light on the fact that the fair was intended to promote Algerian industries but did not showcase any Algerian-made products. Lastly, the account ends with a sardonic closing stating that none of the participants benefited from the forum except an investor that the camera focused on, “who at least had a chance to take a photo with a former African beauty queen.”