Casablanca — United Nations Secretary-General Ban Ki-moon has appointed Major General Wang Xiaojin as the leader of the UN Mission for Referendum in the Western Sahara, according to an official UN press release. 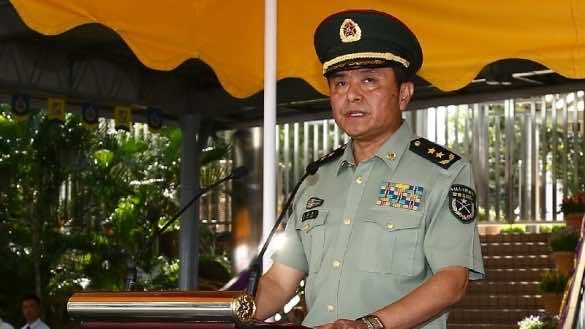 Casablanca — United Nations Secretary-General Ban Ki-moon has appointed Major General Wang Xiaojin as the leader of the UN Mission for Referendum in the Western Sahara, according to an official UN press release.

A UN statement released on December 8 revealed that Major General Wang Xiaojun of the People’s Republic of China will be the new Force Commander of the United Nations Mission for the Referendum in Western Sahara (MINURSO).

“Major General Wang,” says the statement, “will succeed Major General Muhammad Tayyab Azam of Pakistan, whose tour of duty ended on 7 November 2016,” adding that “the Secretary-General is grateful to Major General Azam for his exemplary service and contribution to the work of MINURSO.”

According to the same source, Major General Wang “brings to this position 40 year of national and international military experience, having served as Defense Attaché at the Embassies of the People’s Republic of China to Brazil, India, Sweden and the United States of America from 2006 until 2016.”

MINURSO, which was established on April 29, 1991, was tasked with the mission of organizing a referendum would allow the Saharawis to “choose between independence and integration with Morocco.”

Nearly 26 years later, the referendum has proved unworkable, due to difficulties defining voter eligibility. Beginning in 2004, the referendum was no longer a viable option likely to allow the parties to put an end to the conflict, with the Security Council calling on them to seek a compromise solution. In April 2007, the Security adopted Resolution 1754, which called on the parties to parties to find a political and mutually acceptable solution to the conflict.

In April 2007, Morocco presented the Security Council with a Moroccan autonomy proposal for the Western Sahara, which was hailed by the Security Council as “serious, realistic and credible” and offering the basis for reaching a mutually acceptable solution, but no concrete action has been taken in carrying out the terms of the proposal.

Major General Wang’s appointment comes in at a crucial time when tension between Morocco and the Polisario is especially high.

Most recently, Polisario leader Brahim Ghali, who is currently sought after by Spanish authorities for crimes against humanity, was spotted in the Guerguerat zone of Laguouira after Mauritanian authorities allowed the Polisario to enter the region.