By Barrister M. A. Muid Khan 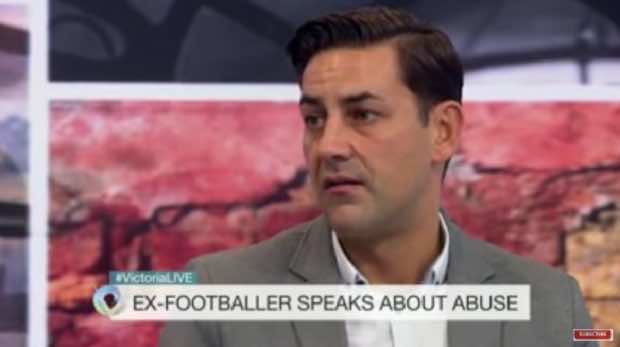 By Barrister M. A. Muid Khan

London – “…This is not just about football; huge numbers of people suffered abuse in childhood, within the family or institutions. Survivors often feel shame, pain and confusion about what was done to them…”

I never thought there would be a national issue on the topic of the “sexual abuse of UK young footballers,” & this would become so important that it would merit writing an article.

As defender of human rights and fundamental freedoms, however, when I read the untold stories of several UK footballers who were unfortunately sexually abused when they were from seven to 20, I thought again and decided to write this article as a wakeup call and to fight back against this injustice and ensure that the perpetrators face both criminal and civil justice.

On 9th December 2016 in the UK, the National Police Chiefs’ Council (NPCC) confirmed that 83 potential suspects had been identified in a growing football sexual abuse scandal. UK Police also confirmed that 98 top UK football clubs had been named in historical case of alleged widespread abuse of football players aged from 7-20. The shocking disclosure came just three weeks after former Crewe defender, Andy Woodward, waived his right to anonymity and revealed in an interview with a leading UK national newspaper that he had been a victim of sexual abuse as a young football player. He disclosed the horrific abuse he suffered from the age of 11 at the hands of one of his coaches.

As Woodward bravely stepped out of the shadows to describe the sexual abuse he endured as a young player, English football found itself facing the worst crisis in its history. His allegations triggered an avalanche of accusations from other players. The NSPCC children’s charity was processing almost 1,000 reports to a hotline & released a figure of 350 potential victims who reported sexual abused between ages 7-20.

Former England striker and NSPCC ambassador, Alan Shearer, also expressed how he was abused by his coach when he was a young player. Meanwhile, Derek Bell, another footballer revealed the process by which he was groomed and subsequently violated by his coach, convicted paedophile, George Ormond, at the Montagu and North Fenham boys football club.  The abuse began when Ormond was just 12 years of age and continued until he was 16. Paul Stewart, another player, described in harrowing detail how he was abused at the age of 11 by the late Frank Roper, well known youth coach in the north-west of England. On Tuesday, former coach Barry Bennell was charged with eight counts of sexual assault against a boy under the age of 14. The assaults allegedly took place between 1981 and 1985.

The Daily Mirror has revealed that former Chelsea player, Gary Johnson, signed a confidentiality agreement with the Chelsea club in 2015 in return for £50,000 after he alleged he was abused by the club’s then chief scout Eddie Heath in the 1970s.

As the scale of the scandal continues to escalate, the UK Football Association has launched an independent review and 21 police forces have launched investigations into the claims. UK Police have confirmed that the information reported to them will be taken seriously and acted upon.

In this article, therefore, an attempt will be made to analyse the legal position of the victims in this UK football abuse scandal, both under the Civil and Criminal law.

Under UK law, when a young footballer joins a football club, the club associated is under a duty of care to put adequate safeguarding procedures in place for the protection of the children in their charge.

The coaches are also under a legal duty of care to protect the children and young football players in their care.

If we analyse the untold miseries of the victims of sexual abuse as young football players, we will find that this duty of care has been breached by both the clubs and the coaches alike.

In the UK, in personal injury civil law cases, the victims of such a breach of duty should be entitled to damages to compensate them for the injury they have suffered.

In the case of sexual assaults this injury tends to be psychological as well as physical. In this case, the footballer could claim special damages for loss of earnings if it can be proven that firstly, they either had to retire early or secondly, they did not reach their earning potential as a result of the psychological torment leading from the abuse.

It is also possible to claim Damages to recover the cost of counselling, something that would be welcomed by the NSPCC and the Professional Football Association (PFA).

Footballers could bring several actions against the football clubs for failing to protect them when they were young and at the mercy of their coaches. Action Under the Law of \Negligence & Action under the Vicarious Liability are two possible actions which could be filed against the clubs.

Under the UK law of negligence, the abused footballers could launch a suit against the clubs on the basis that they were negligent in their responsibility to adequately protect the young players in their care.

Victims of the scandal could also make the clubs accountable using the legal principal of ‘Vicarious Liability,’ which refers to a situation where someone is held responsible for the actions or omissions of another person. In a workplace context, an employer can be liable for the acts or omissions of its employees, provided it can be shown that they took place while performing the duties of their employment.

In the English legal system, there is a limitation period of three years in which a personal injury claims for compensation must be made. Should a claim not be made within this period then a claim would be ‘statute barred.’ It should be noted that the limitation period starts on the day in which the injury is caused or the earliest date upon which the injured person had the knowledge, which he might reasonably have been expected to acquire, to bring a legal action forward.

In the case of the allegedly abused footballers, I do not think that limitation will be such an issue. In my opinion, child abuse and sexual abuse cases tend to be the exception to this rule. Usually this is because the victim will remain silent for some years after the abuse. The number of players that have come forward and the weight of the evidence being gathered will guide the court. In addition, the public nature of the cases could be an important factor for the court to consider when it exercises its direction.

It has been announced that an investigation, much like Operation Yewtree (the police investigation of Jimmy Saville and other media personalities), will be launched to bring those that have committed these horrific acts against young footballers to justice. Victims of such crimes should not suffer in silence. From a Criminal point of view, those coaches who have been accused of abusing young players are likely to be investigated by the police and charged with offences of historically systematic sexual abuse. This area of law is vast as the offences can range from grooming of minors to engaging in sexual activity with a child.

Any player or former player who has not yet come forward should contact Police and other law enforcing agencies immediately with a view to bring the criminals to justice and save the glory of UK football from the scourge of this explosive and damaging sexual abuse scandal. All those involved, the police, football administrators, players and their relatives, children’s charities and lawyers should unite to bring the offenders to justice as “…it is not just about football. Huge numbers of people suffered abuse in childhood, within the family or institutions.”

* (The writer is a Barrister for the Honourable Society of Lincoln’s Inn, Chartered Legal Executive Lawyer of CILEX. He was declared the Best Human Rights Lawyer of England & Wales by Bar Council, Law Society & CILEX. He can be contacted at [email protected] ).

Rape and Murder of a Child in Meknes Causes Uproar