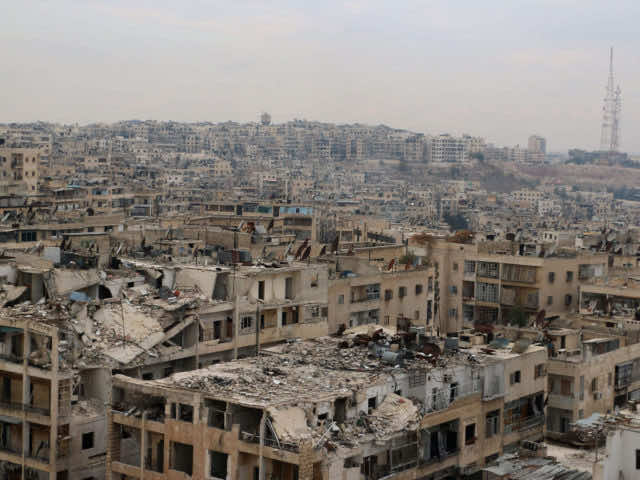 Rabat – In the biggest victory for President Bashar al-Assad, the Syrian army has taken full control of all Aleppo districts.

In a landmark moment Monday, the last of the rebel outposts were reclaimed by Syrian military as the rebels fled to establish a new front along the river. According to Reuters, the rate of shelling and air strikes slowed substantially throughout the night, a swift change from the intense bombing that had been continuing for days.

The loss of Aleppo signifies an end to the rebel presence in major cities. The rebels still hold a fair portion of the countryside west of Aleppo as well as the province of Idlib. However, as rebels flee Aleppo they relinquish their last major holding in Syria.

Reports of civilian casualties are emerging as refugees continue to attempt to flee the city. In a CNN breaking news report 82 civilians were killed in their homes by pro-regime forces. The UN High Commissioner for Human Rights had received reports that bodies were lying in the streets and that residents could not remove them due to the bombings and continual gunfire. Of the 82 people killed across four different neighborhoods 11 were women and 13 were children. CNN also reports of mass executions, where anyone with links to the rebels is being hunted down.

As of Tuesday morning, more than 8,000 civilians had fled the city in the past 24 hours. The International Committee for the Red Cross made a statement Monday in an attempt to appeal to both sides. “”As the battle reaches new peaks and the area is plunged into chaos thousands with no part in the violence have literally nowhere safe to run.”

There has been no successful attempt to broker peace. Talks took place Sunday in Geneva over cessation of hostilities. Russian and US officials discussed possible methods to deescalate the conflict, but no official agreement was created.