Casablanca — In a heartbreaking and harrowing video, a Syrian teacher in besieged Aleppo says his final good byes as Assad’s forces close in on the city. 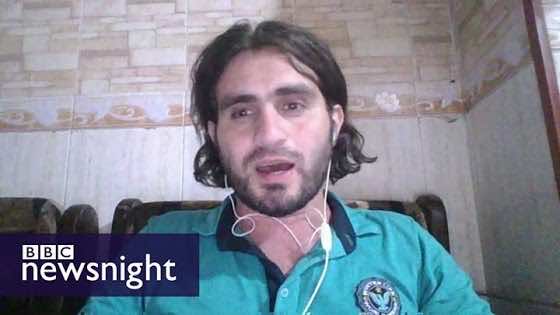 Casablanca — In a heartbreaking and harrowing video, a Syrian teacher in besieged Aleppo says his final good byes as Assad’s forces close in on the city.

In the AJ+ video above, Professor Abdulkafi Alhamdo tells viewers:

“Assad’s militias are maybe 300 meters away no place now to go. It’s the last days. Really, I hope you can do something for Aleppo people. for my daughter. For the other children.

I hope you can do something to stop the expected massacres Don’t believe anymore in the United Nations. Don’t believe anymore in the international community. Don’t think that they are not satisfied with what’s going on. They are satisfied that we are being killed. Russia doesn’t want us to go out alive. They want us dead. Assad is the same. Exactly yesterday there were many celebration on the other part of Aleppo. They were celebrating on our bodies.

It’s OK, this is life. But at least we know that we were free people. We wanted freedom. We didn’t want anything else but freedom.

I hope you can remember us. I don’t know. Thank you very much.”

Syrians across besieged Aleppo are saying their last good byes via social media. Another social media user, Lina Shamy, tweeted out her plea:

In the video, she says:

“To everyone who can hear me: we are here exposed to a genocide in the besieged city of Aleppo. This may be my last video. More than 50,000 of civilians who rebelled against dictator Al Assad are threatened with field executions or dying under bombing.

According to activists, more than 180 people have been field executed in the areas that regime have recently took control on by Assad gangs and militias that control them.

The civilians are stuck in a very small area that doesn’t exceed 2 square kilometers with no safe zone, no life. Every bomb is a new massacre.

Save Aleppo. Save humanity.”