Beirut - Syria’s war has killed more than 312,000 people since it began in March 2011, including over 90,000 civilians, the Syrian Observatory for Human Rights monitor said Tuesday. 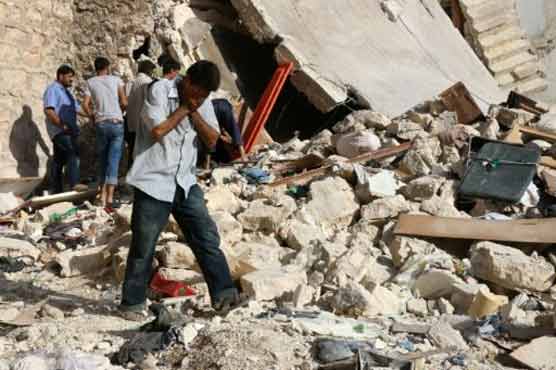 Beirut – Syria’s war has killed more than 312,000 people since it began in March 2011, including over 90,000 civilians, the Syrian Observatory for Human Rights monitor said Tuesday.

The Britain-based group said it had recorded the deaths of 312,001 people since the war began with anti-government protests, including nearly 16,000 children.

The toll includes more than 53,000 rebels and nearly 110,000 pro-regime fighters, among them over 60,000 Syrian soldiers, but also tens of thousands of Syrian militiamen, members of Lebanon’s Shiite Hezbollah movement and other foreign fighters.

The group said nearly 55,000 jihadists had also been killed in the fighting, most of them from the Islamic State group or former Al-Qaeda affiliate Fateh al-Sham Front, but also from smaller groups.

The Observatory said it had also recorded the deaths of 3,683 people it had not been able to identify.

Syria’s conflict began with anti-government protests but spiraled into a brutal civil war after a government crackdown on dissent.

On Tuesday, Syrian pro-government forces were on the verge of retaking all of the city of Aleppo from rebel fighters, in what would be the biggest victory yet for President Bashar al-Assad in the conflict.