Casablanca — Russian politician and security and intelligence officer Nikolai Patrushev is visiting Morocco this week. Could this mean Mr. Benkirane’s statements regarding Russia and Syria have been forgiven? 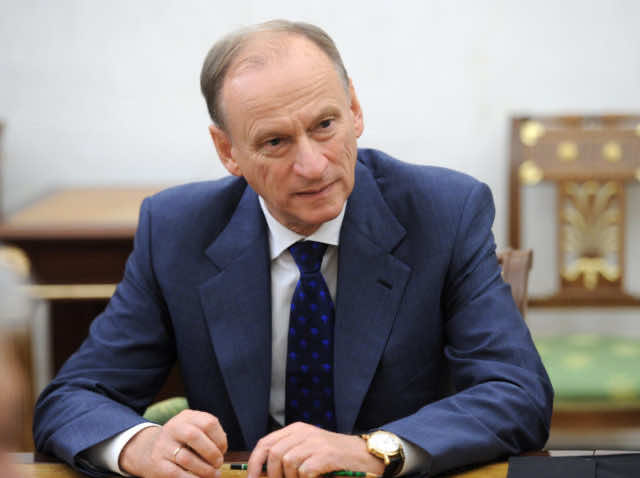 Casablanca — Russian politician and security and intelligence officer Nikolai Patrushev is visiting Morocco this week. Could this mean Mr. Benkirane’s statements regarding Russia and Syria have been forgiven?

Nikolai Patrushev is visiting Morocco on Thursday and Friday this week, according to Russian media, for the purpose of “security consultations, within the framework of bilateral dialogue.” No other details regarding the visit were shared.

Earlier this month, tensions grew between both countries as Head of Government Abdelilah Benkirane accused Russia for its actions against the Syrian people.

“What the Syrian regime backed by Russia is doing to the Syrian people surpasses all humanitarian limits,” Benkirane said in a statement to Quds Press.

In response, Morocco’s Minister of Foreign Affairs Salaheddine Mezouar had a meeting with Russian Ambassador Valery Vorobiev, wherein he emphasized Morocco’s commitment to preserving strong ties with Russia and reiterated the kingdom’s stance on the Syrian crisis.

A statement released by the Moroccan Foreign Affairs Ministry regarding the issue reminded that King Mohammed VI remains the sole guarantor of the consistency and continuity of Morocco’s positions and international commitments.

Patrushev’s visit may thus signify that Russia has forgiven Mr. Benkirane’s statements, to the relief of those in charge of Morocco’s economy.

Morocco’s relationship with Russia is an important one for the country, especially since 2002 which marked the beginning of a strategic partnership between both nations.

Nearly 15% of all agri-food exports go to Russia, and Morocco expects the volume of trade to reach 3 billion dollars by the end of 2016, according to Medias24.

And, with regards to the Sahara conflict, Russia remains somewhat of an ally to Moroccan authorities as it expressed its commitment to “taking into serious consideration Morocco’s position” during King Mohammed VI’s visit to Moscow last March.