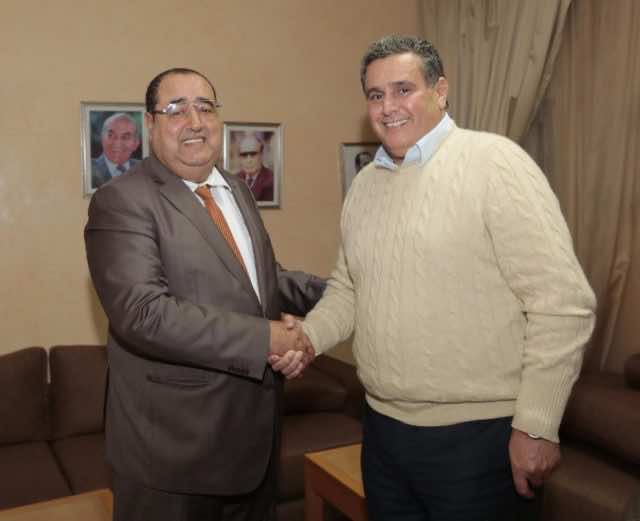 Amid the growing controversy over the so-called “governmental blockage” and the delay in forming a coalition government, the meeting of Lachgar and Akhannouch is raising many questions for Moroccans in light of the fact that the appointed Head of Government, Abdelilah Benkirane has not yet announced the list of the parties which will lead the government for the next five years.

As soon as the party leaders ended their meeting, the RNI issued a communiqué saying that the meeting shed light on the old bilateral political experiences between the RNI and their joint work in the previous governments they led together.

The same communiqué also revealed that “the meeting was an opportunity for the party leaders to discuss the recent challenges being faced in Moroccan politics,” noting that “there are potential possibilities to foster their political tie.”

This meeting follows Benkirane’s attempt to convince Akhannouch to join the coalition government. Akhannouch, however, is still procrastinating on the announcement of his final decision on whether or not to join the government.

Akhannouch maintains that he will not reveal his decision until Benkirane excludes the leader of the Istiqlal Party (IP), Hamid Chabbat, For his part, Benkirane has refused Akhannouch’s plea and is upholding his decision to include the IP and the RNI in the same coalition government.