Rabat - Horizon Sans Frontières, an international NGO dedicated to the orientation and integration of migrants, has named King Mohammed VI“The 2016 Man of the Year” 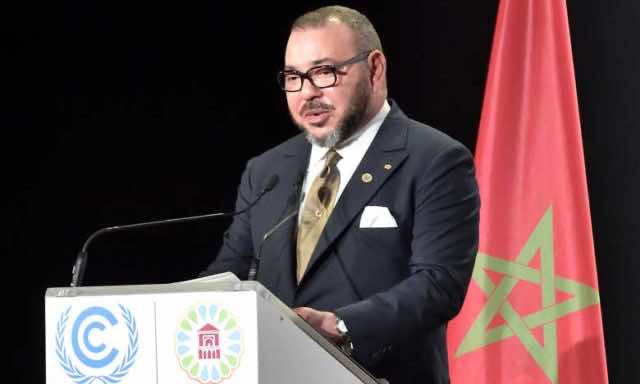 Rabat – Horizon Sans Frontières, an international NGO dedicated to the orientation and integration of migrants, has named King Mohammed VI“The 2016 Man of the Year”

The European non-government organization HSF honored Mohammed VI, the Moroccan King, as “The 2016 Man of the Year.” The organization released a statement on Wednesday the 21st that hails the Moroccan monarch as the first advocate for migrants in Africa.

The chairman of HSF, Boubacar Seye, stated in the communiqué: “With this distinction, we would like to pay tribute to the Shereefian sovereign, this great artisan of peace, sustainable human development and a tolerant Islam in this very tense global geopolitical context, dominated by amalgams, and at a time when Islam is accused by legal and political secularism.”

While sub-Saharan migrants generally are subjected to racism, violence, and expulsion, HSF believes that King Mohammed VI became the first advocate of the rights of migrants through ordering the acceleration of the migrants’ integration in Morocco. This is the second phase of an initiative launched by the Moroccan sovereign to regularize undocumented migrants.

This gesture, as the communiqué points out, is a great lesson in good governance and “the management of these migratory flows, which constitute one the biggest challenges that states are confronted with in this new millennium.”

Explaining the reasons behind this nomination, Horizon Sans Frontières stated that King Mohammed VI’s decision to give a speech on the occasion of the 41st anniversary of the Green March from Dakar, which the organization qualified as “unprecedented.”

The organization goes on to say that the King’s speech highlighted the “noble values” of Africa, which is facing a number of issues in economic resilience and the preservation of natural resources. HSF also denounced the “violent deportation” of sub-Saharan migrants by the Algerian authorities a few weeks ago, describing it as an “unacceptable violation of human rights”.