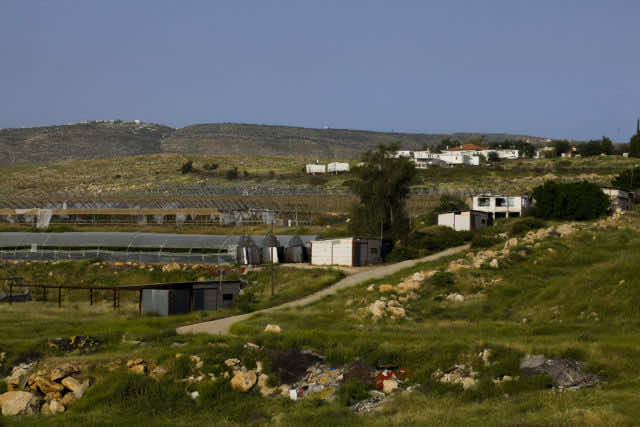 Rabat – More than 55,000 Palestinian workers will be affected by a new Israeli labor regulation that limits their access to court proceedings.

In the shabby office of a trade union building in Jericho, occupied West bank, Ismael Abu Rahmeh, a Palestinian laborer, unfurled a receipt from an Israeli court for 1,000 shekels ($260).

Towards the beginning of October, Abu Rehmeh paid the entirety of the 1,000 shekels after an Israeli court judge overseeing his case requested him to take care of the legal expenses of his boss, who Abu Rahmeh was accusing of wrongful termination, if he were to lose the case. If in the event that Abu Rahmeh had not paid the extra 1,000 shekels, the case that he had first documented against his employer in 2015 would have been tossed out of court.

The original case that Abu Rahmeh was fighting for was in 2014 against an Israeli employer with whom he worked on an agricultural settlement in the Jordan Valley for more than 13 years. However, due to an unfortunate situation where Abu Rahmeh fell and injured his back, his employer dismissed him from the job.

Abu Rahmeh did consider dropping the case, as it was a struggle to gather the legal funds, but after thinking long and hard, Abu Rahmeh reluctantly paid the guarantee for the lawsuit to continue. Earlier this year, Israel’s justice ministry brought out the 1,000 shekel guarantee as a part of a new regulation. Prior to this, workers who proceeded with legal action in court paid a regular court fee.

Israeli media named this the “Jordan Valley Regulation,” since it was seen by the press to be politically driven to profit immigrants who operate businesses and employ non-Israeli workers in this part of the occupied West Bank.

Sawsan Zaher, a lawyer at Adalah, the legal center for Arab minority rights in Israel, has said, “It has a political goal and the goal here is to prevent Palestinian workers from going to court, suing their Israeli employers and obliging their employers, through court orders, to pay them their full wages, minimum wages, vacations and all their rights based on Israeli Labor law”.

In the case of Abu Rahmeh, who was given a two-week timeframe to gather the funds, it was a struggle. Thus, he had to use a combination of his savings and money earnt from overtime work to fund this. Abu Rahmeh told Al Jazeera that “It was such a large amount of money. I had to work for long hours in order to save the money to pay this amount. I had set aside money for medication, but I had to use it for the case,” he said.

Many Palestinians will continue to suffer due to such unfair legislations.