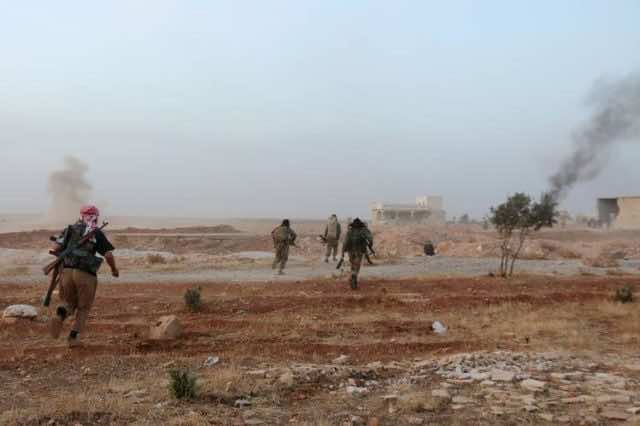 Sergey Shoygu, Russian Defense Minister, said that raids conducted by his country have resulted in the death of 35,000 fighters in Syria since Russia’s involvement in the Syrian War in 2015. The minister continued his remarks saying that Russia has successfully aborted the revolutions in the Middle East which came to light following the so-called Arab Spring.

In this regard, the Russian President, Vladimir Putin, who has presented himself as an ardent supporter of the Syrian regime, claimed that his country has become stronger than “any potential aggressor.”

According to Arabic-language news website, Aljazeera, the minister, while in a meeting that gathered senior officers in the Defense Ministry’s headquarters in Moscow, declared that since September 2015 Russian forces have executed 18,800 attacks in Syria. These attacks, he continued, resulted in the abolition of 725 Training camps and 405 sites for the manufacture of weapons, in addition to the killing of 35 thousand fighters.

Shoygu claimed that the Russian intervention has “prevented the collapse of the Syrian state” and put an end to a series of revolutions that spread in the Middle East and Africa.

According to the same official, the Russian nuclear arsenal will be supplemented with three units next year and the Russian air force will receive five upgraded strategic bombers.

Vladimir Putin, who pointed out that Russia “should not lose focus” in order to remain “stronger than any potential aggressor,” observed in the same meeting that the priorities of the Russian army next year will be to strengthen Russia’s nuclear power, to modernize its weaponry and tighten its border control.