Casablanca — Two passengers were reportedly escorted out of a JetBlue plane on Thursday morning after a passenger made angry remarks at Ivanka Trump upon finding out she was on the same flight. 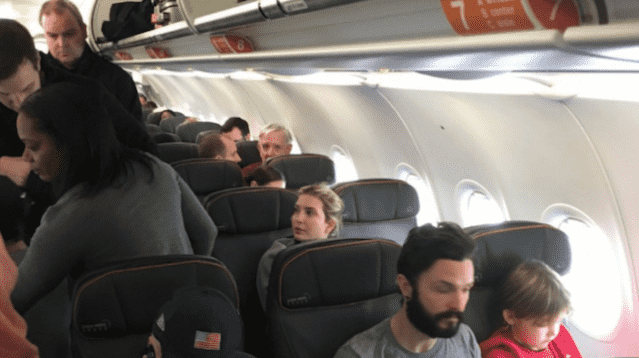 Casablanca — Two passengers were reportedly escorted out of a JetBlue plane on Thursday morning after a passenger made angry remarks at Ivanka Trump upon finding out she was on the same flight.

Dan Goldstein, a Brooklyn lawyer, reportedly confronted Ivanka Trump on the plane when he saw she was seated nearby in coach. In a series of now-deleted tweets, Matthew Lasner, Goldstein’s husband, recounted his version of events: 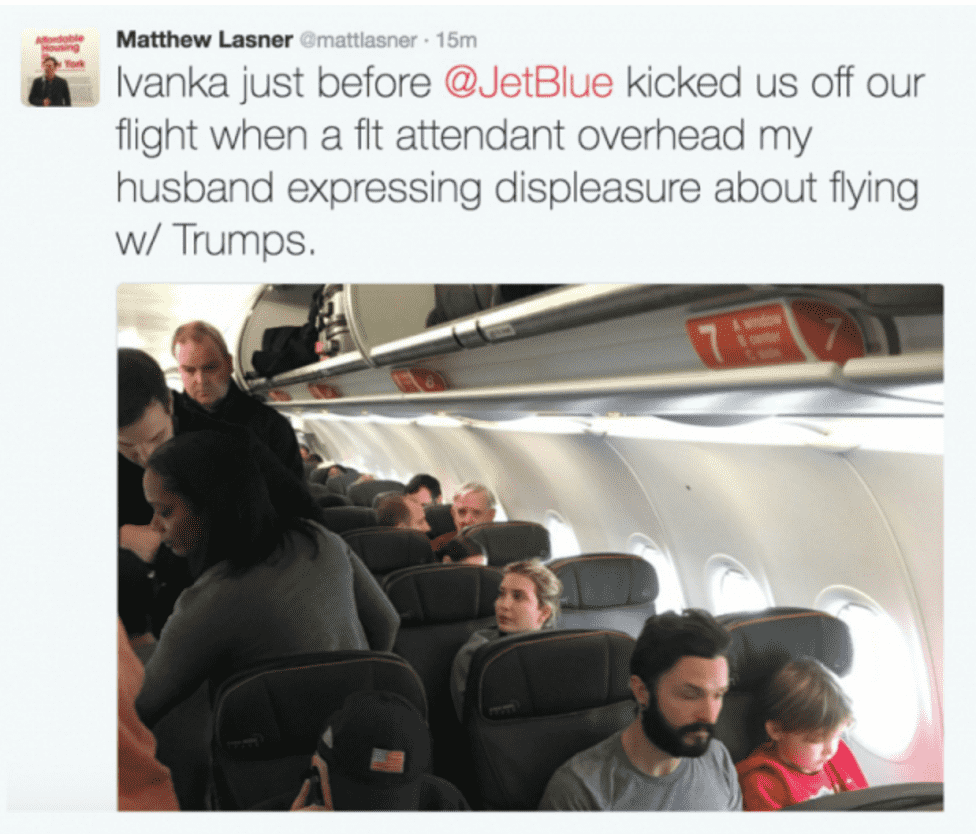 One passenger told TMZ that Goldstein reportedly told Ivanka, “Your father is ruining the country.”

“Why is she on our flight? She should be flying private,” he allegedly added.

Both Goldstein and Lassner were removed from the flight and placed on a different one.

Meanwhile, another passenger, Marc Scheff, who claims he sat in front of Trump, has a different perception of things. He told BuzzFeed News that Goldstein “did not approach her seat or speak to her,” adding that “he did not yell. He was visibly shaking. I would say he was agitated.”

In response to the incident, JetBlue released a statement saying:

“The decision to remove a customer from a flight is not taken lightly. If the crew determines that a customer is causing conflict on the aircraft, the customer will be asked to deplane, especially if the crew feels the situation runs the risk of escalation during flight. Our team worked to re-accommodate the party on the next available flight.”