Casablanca — The U.S. Agency for International Development (USAID) and Morocco’s Office of Professional Training and Promotion of Work (OFPPT) have announced the December 27 opening of a career center in Casablanca.

By
Ghita Benslimane
-
Ghita is a Moroccan native and a graduate of Boston University’s Film and Television program.
Dec 24, 2016

Casablanca — The U.S. Agency for International Development (USAID) and Morocco’s Office of Professional Training and Promotion of Work (OFPPT) have announced the December 27 opening of a career center in Casablanca.

According to a communiqué released by the U.S. Embassy in Morocco, the career center, which would be the third in the country after those in Marrakech and Tangier, is “the fruit of partnership between USAID and the Moroccan government” and will be a space for “exchange between all players in the labor market — young people, companies, training institutions, recruitment agencies, associations, business federations — to support young people in their transition from training to employment.”

Nadia Amrani, a USAID Development Programs Specialist, told Morocco World News that the point of the program “is to help young people acquire technical and non-technical skills in order to make them more employable in the market.”

“What we’re hearing more and more from the private sector,” she adds, “is that employers really value non-technical skills: the ability to get to work on time, having good communications skills, knowing how to work in teams and having a critical eye.” That’s what the career center in Casablanca will offer, she continues.

So far, USAID has funded a total of $24 million in the Career Center Program since 2015, with the overall goal of enhancing youth employability in Morocco. An online career center has already been made available to Moroccans via careercenter.ma, which offers to introduce young job-seekers to many of the same skills. The site currently has more than 2,800 members.

The Casablanca Career Center will be located at the Specialized Institute of Applied Technology in Hay Hassani and is set to be inaugurated on Tuesday, December 27 by Minister of Education Rachid Benmokhtar Benabdellah, U.S. Ambassador Dwight L. Bush and OFPPT Director Larbi Bencheikh. 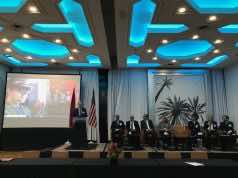 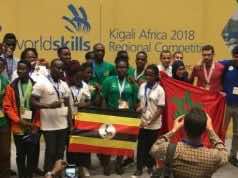