Chicago - Now that the debate on Moroccan academics is primarily centered around the English language, the following should be forthrightly said: it is implausible to correct and amend the chaos in the country’s education system solely through the talk of English integration into schools’ curricula. This would be an act of propaganda. 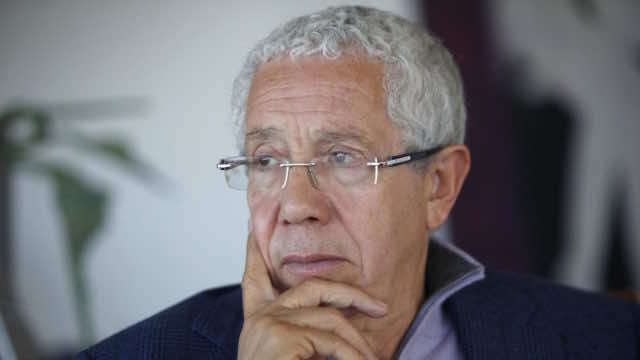 Chicago – Now that the debate on Moroccan academics is primarily centered around the English language, the following should be forthrightly said: it is implausible to correct and amend the chaos in the country’s education system solely through the talk of English integration into schools’ curricula. This would be an act of propaganda.

To be in accordance with “the letters and the spirits of education,” one may confidently understand how Shakespeare’s language is driven by a force of economics, and in turn, understand the warning for us to refrain from adopting the belief that the English language would improve our country’s standing on academic fronts.

The idea that English must make up the entirety of Moroccan academia’s framework lacks legitimacy and credibility. Moroccan schools face problems that are compromised of different facets, and language is but one of these factors. It should be on the forefront of the country’s judgement that importance be given to these issues appropriately; with the utmost importance being allotted to the predicament or issue that arises first. The choice to favor English, considering its economic benefits, is simply pragmatism. Yes, it is a wise trend to adopt. However, such a trend both requires and fosters social reformation, and affects the country’s infrastructure on any front interacting with academia.

To reiterate, there is an evident clash of interest between the spheres created by the French and English languages. Respectively, each language maintains more of what is purely linguistic, such as culture, business, leadership, to name but a few fronts. We must be cautious upon reforming our academic system. Morocco is a francophone country. The term “La Francophonie” was first used by the geographer Onésime Recluse to refer to a worldwide French speaking community. It is in reference to the peoples of North America, Asia, Africa, and Europe living under the influence of French imperialism. Today, the term is primarily used to describe the fruits of colonial France, to promote its socio-economic and political values through academic and cultural institutions.

This can be problematic and unappealing to some of us. But what can be done in this day and age? The French language is everywhere; in gestures, habits, styles, architecture, art, to mention but a few. Should we throw everything away and begin with a vestal slate? Why not! But moderately. If not, we may face even worse plight in the near future.

Plus, the world changes even at an accelerative rate. The centers of power in the world continuously shift from one geography to another influencing culture, business and politics. Be it so, advancing English language in teaching now realizing its influence in the globe sounds perfect. However, thirty of forty years from now, we may wake up with an new headache realizing how no one knows of the limits of change accelerating in China or Russia, for instance, and how it is influencing the globe. The idea is to have a vision that sees beyond the status-quo and to refrain from -for the time being- chasing a fantasy.

What surrounds the debate on English does equally; though in different terms and contexts, to Darija. Two years ago, a heated debate was sparked among academics following a proposal made by Noureddine Ayoush; the icon of Morocco’s advertising industry, to implement Moroccan Darija into the curricula of elementary schools. Yes, it is but a simple proposal. It is void of credibility, far too deliberate and non-comprehensive in relevance to the true issues posed by Moroccan academia. In addition to this, it stems from a technical perspective. Considering that he presides over the Zagoura Education Foundation while surrounding himself with a few questionable “experts,” this entire proposal lacks validity.

Here is a paradigm to consider from Abdallah Laroui’s stance on the issue. To introduce this individual, he is not the typical celebrity or favorite of the mainstream media. Laroui is a man of thought; always eager to study various questions in private, nestling in the warmth of words and concepts. It was a surprise to view him on television, debating Ayoush and exclaiming, “Stop the bullshit”! Alas, being a member of the Supreme Council for Education doesn’t necessarily mean you have accurate perspective. There are many elements, that are often fragmented particles, pertaining to psychology, history, politics, theology etc., that require full acknowledgement and oversight.

Ayoush Has a Proposal Not a Vision

Noureddine Ayoush may have a prevalent profile, complete with a professional resume and portfolio. He may combine his shrewdness in fields with intrinsic ties to language usage. Be that as it may, the problem is that he narrows the focus down to his own perceptions, without having the experience or qualities to see beyond the walls of his own personal accomplishment.

The oral language of Darija has touched every corner in the economic stratum, be it in banks, commercials, radios, etc. The reasoning behind such a trend is the fact that production conglomerates should be built upon direct relationships, and Darija surely facilitates this. But in broader contexts, such a trend contributes to nothing more than commercial gain.

This is not to say that Ayoush’s proposal is not with academic substance. In a recent study conducted by the British Council’s Angelina Kioko, a professor of English and Linguistics at the United States International University in Nairobi, the conclusion is that “the use of learners’ home language in the classroom promotes a smooth transition between home and school. It means learners get more involved in the learning process and speeds up the development of basic literacy skills.

It also enables more flexibility, innovation and creativity in teacher preparation. Using learners’ home language is also more likely to get the support of the general community in the teaching/learning process and creates a better educational outcome”. Such innovative thinking! However, it should come as no surprise to see Ayoush, along with those who perform in his orchestra, to see “beyond” the credible findings of the British Council. They must have high powered, state-of-the-art binoculars to view such an ordeal in a pleasant and orderly manner.

“If You Want to Do Business, Open a Shop”

Leaving the question of Arab identity aside to delve into the world of technicality and formality, Darija appears in varying forms and emerges from a wide array of regions and local subcultures. That on its own is a confusing linguistic burden. Likewise, it possesses all the qualities and mechanisms to foster constant modification, hence the inconsistent manner(s) of communication. To consolidate this, every few decades should see new linguistic structures and parlance. This has been the case in the past, all the way up to the present-day. We must begin to trace these linguistic changes the moment such a proposal manifests into reality. But after this, we must deal with the complexities regarding the Amazigh language.

Was Benkirane in correct standing upon telling Ayoush, “If you want to do business then open a shop”? Or was it a blatant ideological statement, serving no benefits to the current debate on Moroccan academia? It is a constant struggle to be caught between two extremes. What is most imperative is that the entire ordeal is but a form of formality.

Moroccan academia requires serious reformation and it is of utmost importance to see academics, politicians and society as a whole unite and work towards a concrete and effective solution, beginning with the actual issues plaguing the education system. This is hindered by overbearing political figures, poor infrastructure, and inadequate human resources. To void this assumption from doubt, one must hold to the United Nations’ 2014 Human Development Report on education, which puts into perspective our country’s index—something that is considerably lower than that of war-torn countries such as Iraq and Syria. That on its own should generate enough concern.

I would like to conclude my words with those of India’s 11th president, A.P.J. Abdul Kalam: “if a country is to be corruption free and become a nation of beautiful minds, I strongly feel there are three key societal members who can make a difference. They are the father, the mother and the teacher”. To reiterate, did I not propose that full importance be given to the issue that arises first? Yes. With this, let us correctly spell out the ordeal in unison: CORRUPTION!