Casablanca - The Case of “Gdim Izik,” has been referred to the Criminal Chamber of the Rabat Court of Appeal for retrial in line with Morocco’s endeavors to harmonize national legislation with the provisions of the new 2011 Constitution. 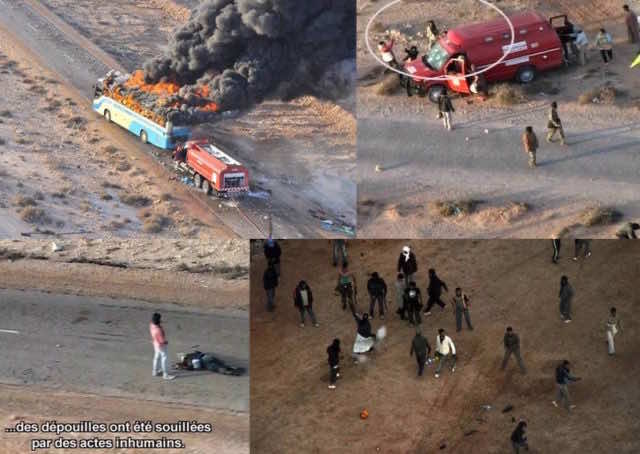 Casablanca – The Case of “Gdim Izik,” has been referred to the Criminal Chamber of the Rabat Court of Appeal for retrial in line with Morocco’s endeavors to harmonize national legislation with the provisions of the new 2011 Constitution.

The Court of Cassation of Rabat has revoked the judgment of the Royal Armed Forces (FAR) Permanent Tribunal delivered on 17 February 2013, condemning 25 persons involved, inter alia, in the killing of 11 unarmed members of the police force and the desecration of their dead bodies. The case, dubbed the case of “Gdim IziK,” has been referred to the Criminal Chamber of the Rabat Court of Appeal for retrial.

The notorious incident took place in 2010 when Sahrawi protesters set up an encampment at “Gdim Izik,” near the Southern city of Laayoune, to advance their socio-economic demands. The meetings that representatives of Morocco held with these protestors ended when it became obvious that some were intent on obstructing the negotiations in favour of their own political agenda.

Moroccan police dispersed the protest peacefully on November 8th of that same year, as confirmed by the UN, which testified that “no evidence showed that live ammunition or other lethal means were used.” Acts of violence did erupt, however, and spread across the city of Laayoune in reaction to the dismantling operation. Moroccan forces were attacked using improvised explosives and stones, which led to 11 deaths. Significant casualties and property damage were also recorded.

The referral of this case to the Rabat Court of Appeal follows the new Military Justice Act coming into effect on July 1, 2015. This law made it possible to review the jurisdiction of this court and put an end to the prosecution of civilians before a military court.

This reform that was recommended by the National Council of Human Rights, is part of an evolutionary process begun in the 1990s, the purpose of which is to harmonize national legislation with the provisions of the new 2011 Constitution and the commitments of the Kingdom to adhere to international principles and standards.

The referral of this case to a civil court answers the demands of the families of the victims to make their rights prevail as a civil party.

Likewise, the reopening of this trial is also an opportunity to re-establish the truth about the allegations of torture and mistreatment made by the accused in an attempt to create doubt regarding the verdict of the FAR Permanent Tribunal.