Rabat - As every year, the world loses treasured iconic figures who, throughout their professional careers, realized many remarkable accomplishments. In 2016, we were obliged to bid farewell to a number of renowned figures. Morocco World News remembers them here and pays tribute to their achievements in and contributions to their various fields.

Rabat – As every year, the world loses treasured iconic figures who, throughout their professional careers, realized many remarkable accomplishments. In 2016, we were obliged to bid farewell to a number of renowned figures. Morocco World News remembers them here and pays tribute to their achievements in and contributions to their various fields.

During a terrorist attack on a hotel in Burkina Faso’s capital, Ouagadougou, last January, French-Moroccan photographer Leila Alaoui died after she was seriously injured in the attack.

Terrorists bullets struck Alaoui in the lung, abdomen, arm, leg and kidney while she was having dinner at a restaurant named Cappuccino when the assault started. She was among those evacuated from the hotel by the Burkinabe security forces.

Alaoui was born in Paris in 1982. She was also a video artist, incorporating her experiences across the globe into her art, highlighting her critical and creative talents worldwide.

Moroccan theater and literature suffered a great loss on February 5th with the death of Playwright Tayeb Saddiki at the age of 77. Saddiki was the artistic director of the National Theater Mohammed V in Rabat and CEO of the Municipal Theater of Casablanca from 1964-1977.

The Essaouira acting career spanned 18 films. He was also the author of 36 adaptations of foreign plays, 24 original pieces, 18 collaborations and the director of 85 plays, including his most famous, “Al Haraz.”

The deceased playwright was awarded several distinctions for his successful artworks, including the Wissam al Massira from the late King Hassan II in 1976. In 2004, King Mohammed VI granted Saddiki the Intellectual Merit Medal, better known in Arabic as the Wissam al-Kafaâ al-Fikria, one of the highest royal distinctions in Morocco.

On February 10th, Moroccan Islamic scholar Abdelbari Zamzami died in Tangier after a lengthy battle with cancer. Known for his controversial fatwas, the deceased was once a member of the Moroccan parliament and also a founding member of the International Union of Muslim Scholars.

His funeral took place in Tangier after the Asr prayer.

At the age of 113, Moroccan iconic artist emblematic figure of the Middle Atlas’ Ahidous art, Moha Oulhouceine Achibane, known better as “The Maestro,” died at his home in the village of Azrou Aït Lahcen. in the Khenifra Province on February 19th, 2016.

The Maestro was the first Moroccan to light the torch at the FIFA World Cup in Spain in 1982. He embarked on his artistic career in 1950, dedicating his energies to Moroccan art for more than 60 years.

During his lifetime the deceased artist received numerous international accolades, presented to him  by world famous personalities.

On March 7th, news of the death of renowned Moroccan journalist Malika Malak at Rabat Military Hospital struck a blow to Moroccan media.

Malak died after a lengthy illness. She was a television presenter, serving for more than 20 years with  Channel 2M TV.

On April 26th, Moroccan tycoon and politician, Miloud Chaabi, died in Germany at the age of 86. Chaabi was among Morocco’s richest men, listed as Africa’s richest real estate magnate by Forbes Billionaires in 2015.

Born in 1930 in Essaouirra, Chaabi was the founder and owner of the Ynna Holding company and the Aswak Assalam supermarket group, and its property division, Chaabi Lil Iskane. He was also proprietor of the Ryad Mogador hotel chain, which opened its first hotel in the city of Essaouira in 1999.

Chaabi was a proud member of the Moroccan parliament until his resignation in December 2014, due to ill health.

The sad news of Boris’s death was announced by a member of the Casablanca Jewish community, Vanessa Paloma, who told Morocco World News that “Mr. Boris Toledano was a man who, from his young age, lived up to his principles – he fought against Franco’s fascism as a young student caught in Spain coming from Larache – it was this heroic deed that prohibited him from returning to his hometown when he came back to Morocco after his studies.”

Boris died a natural death and was buried in the cemetery of Ben M’Sik.

Morocco was saddened on September 1st by the death of former Morocco international goalkeeper, Taher Raad, at the age of 70, following a heart attack.

Raad was one of the prominent players for Chabab Mohammedia, where he managed to win Morocco’s Throne Cup in 1979.

He was also one of the participants who led Morocco to victory at the Africa Cup of Nations with Morocco in 1976, in Ethiopia.

The deceased was laid to rest in the Sidi Mohammed Lamlih cemetery in Mohammedia.

On September 30th, Moroccan businessman Brahim Zniber died in Meknes at the age of 96, also following a long illness.

Born in 1920 in Salé, Zniber was the founder of the Diana Holding group. He was considered as one of the tycoons who contributed to the economic development of Morocco, particularly in the agricultural sector.

Zniber started an agricultural firm in 1956 with the acquisition of the domain “Aît Harzallah,” in Meknes region.

Last October, Morocco lost a personage of rare heroic quality with the death of one of the leaders who thwarted Skhirat’s Coup d’état.  Ahmed Zemmouri was dead at the age of 84.

Zemmouri was a former high-ranking civil servant in the Ministry of Interior. He died in Rabat following a lengthy illness.

The decedent’s family and his close friends mourned the death of Zemmouri, expressing their admiration for his dedication to serving Morocco and labeling him as a “role model of patriotism.”

Zemmouri was among the first Moroccan graduates of Saint Syr Military College in 1959.

Ahmed Zemmouri, One of the Heroes Who Thwarted Skhirat’s Coup d’Etat Dies 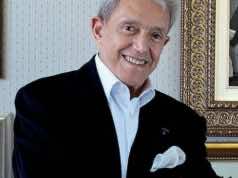 In Memoriam: Prominent Moroccans Who Died in 2015