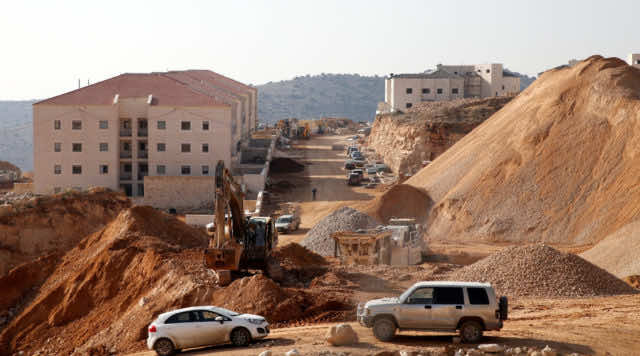 Rabat – The vote to approve the construction of 500 new homes in Jewish settlements in Occupied East Jerusalem has been postponed.

The move evidently took place after a call from Prime Minister Benjamin Netanyahu’s office. The postponement also came after a speech given by US Secretary of State, John Kerry.

In the speech, Secretary Kerry made it clear that the UN condemnation of illegal Jewish settlements on occupied land is on a par with American values. It also cemented the US position “the two-state solution is the only way to achieve a just and lasting peace between Israelis and Palestinians. It is the only way to ensure Israel’s future as a Jewish and democratic state”.

A “two-state solution” to the longstanding conflict between Israelis and Palestinians is the objective and end goal of both state leaders, numerous government officials and the majority of international diplomats.

It is a widely-held belief that this concept could see the making of an independent state of Palestine, creating a permanent ceasefire and end the ongoing conflict between the parties.

The two-state solution concept is enthusiastically backed by the UN, the Arab League, the European Union, Russia and the United states.

John Kerry also added that “The Israeli prime minister publicly supports a two-state solution, but his current coalition is the most right-wing in Israeli history, with an agenda driven by the most extreme elements.”

Israeli Prime Minister, Netanyahu has openly stated that he was very dissatisfied with the speech, which he claims to have been “unbalanced” and “obsessively focused” on Israeli settlements.

Today, more than 500,000 Jews live in approximately 140 settlements built since 1967, as Israel currently holds control of the West Bank and East Jerusalem. These same settlements are viewed as illegal under international law, a position which Israel has consistently challenged.

Prime Minister Netanyahu reacted over the weekend by calling the ambassadors of the US and 14 other countries on the Security Council who voted in favor of the resolution. Quite frustrated with the passing of the resolution, he responded by recalling Israel’s ambassadors to New Zealand and Senegal, cut financial aid to Senegal and cancelled a visit to Israel by Ukraine’s prime minister.