Rabat - At the end of one year and the beginning of another, we are allowed to dream.

Rabat – At the end of one year and the beginning of another, we are allowed to dream.

The evanesence of time elapsing from one year to another bestows on those wishing for better things to come a form of poetic licence. Imagination is set loose and day dreams become a sensibility for a few days, a few hours, a few moments. My reverie concerns the world as we know it and how I wish it could change, how it could evolve to be a better place for the poor, for the planet, for humans in general.

What do I wish should happen in 2017? That  more youth get more jobs everywhere. According to ILO, youth unemployement is as high as 13 % around the World but is close to 30% in MENA region and 15 % in Central and Latin America. Youth bulge is a serious problem in developing countries. We have not yet learnt how to tackle it properly. We are losing jobs to the digital revolution and automation everywhere. Let us have bolder and more creative ideas about how to reduce youth joblessness and thereby reduce most of the social ills of our societies. Let’s do it in 2017.

I wish that less women and girls are subject to violence, early marriage, genital mutulation, human trafficking or forced labor and prostitution. Between 15 and 76 % women and girls around the Wolrd are targeted for physical or sexual violence during their lifetime, according to UN Women. More than 120 countries have passed laws to combat violence against women and girls, but enforcment measures need to be put together and budgets earmarked. Awareness raising should gain momentum to reach a world free of gender-based violence.

I dream that in 2017 less forests get burnt or destroyed or logged, less oceans are polluted and that less fish is dpeleted. 1,6 billion people rely on forests for their entire or partial livelihood. Some 56-58 thousand square miles of forests are lost each year, according to WWF. Destruction of tropical rainforests is 9.5 higher nowadays than it was in the 90s, according to Scientific American. Conservation and sustainable use of forests is the way to go but with more focus on empowering communities on how to protect and rationally use forest resources.

Our oceans are polluted by human action everyday. Dead marine zones nowadays cover close to 250 thousand km², that is equivalent to the surface area of the United Kingdom, according to UNESCO. I hope that

2017 will be a year when the World understands that Oceans and marine spaces are not a dumpster but a source of livelihood, of life to protect and conserve for us and for future generations.

According to WWF, fishing is 2 to 3 times more than what oceans can support. Half world fisheries are fully exploited, while about 32 % are either overexploited or depleted. Fishing around the World is unsustainable. Governments are responsible; so are societies and public opinion. Let’s act now; let’s start in 2017 to mobilise better, to raise awareness higher, to enforce laws more forecefully…

Mike Barret, director of science and policy at WWF-UK, says that “for the first time since the demise of the dinosaurs 65 million years ago, we face a global mass extinction of wildlife.” Wildlife is the indicator of how much damage we create through our human activity. Biodiversity is a natural wealth that sustains balance and equilibrium within so many ecosystems on our planet. It’s not too late to reverse the course. But let’s accelerate our collective action in 2017.

We are still living in a World where poverty is rampant. According to Global Issues, close to 3 billion people live on $ 2.5 a day. Nearly 1 billion people entered 21rst century without being to read and write. Close to 70 million children in developing countries don’t go to primary school. Let’s spend less on arms in 2017 and send more children to school, raise level of adult literacy and remove as many as we can from extreme poverty and starvation in Africa, Latin America and Asia.

According to UNAIDS, in 2015, 36.7 million people globally were living with HIV, while 2.1 million people became newly infected with HIV and 1.1 million people died from AIDS-related illnesses. Since 2010 there has been no reduction in HIV infection among adults. And according to WHO, in 2015, there were roughly 212 million malaria cases and an estimated 429 000 malaria deaths. Malaria death rate is getting lower but sub-saharan Africa is still hard hit. I hope in 2017 we can see some real progress on these two fronts.

I can go on with statistics about the World woes and troubles. But I want the wish to be more compelling and stronger than the illness. I wish that more people have access to drinking water, that less arable land get desertified, that the Wolrd becomes freer of terrorism, violence, bigotry, racism, xenophobia, supermacism and religious extremism, that less countries live in wars and  that more societies live in peace and harmony in 2017.

My wish also is that President Donald Trump doesn’t renege on the Paris Agreement, that less GHGs are emitted in the atmosphere, that the Arctic melts less, that poor countries know less floods and less droughts, that more love and tolerance spread over all the corners of the Globe, that we get closer to becoming a responible, caring and just World Community.

This is not a wild dream, a Coleridgian vision of a Kubla Khan world. It is a realizable hope. Hope is what keeps us going as Ernest Bloch would say. Hope for change, for a better life, for the better in us all. Let us all dream for a world more benign, more caring and more just. Let usdream for a 2017 better and brighter than 2015, 2014… 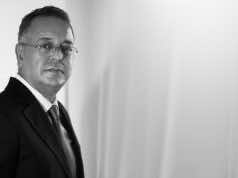 Morocco Is a Favorite New Year’s Destination for Portugal