Rabat  - A group of leading members of the Istiqlal Party (IP) is calling on current Secretary General Hamid Chabbat to resign from his role as the president of the party. 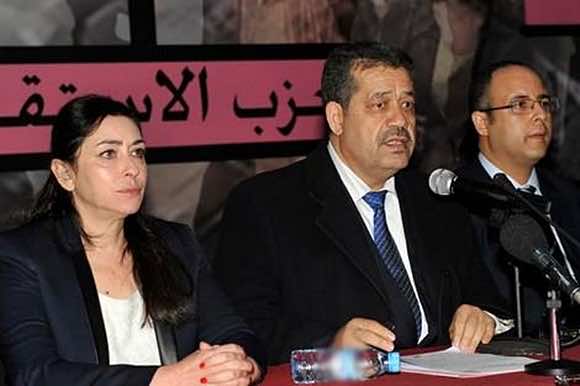 Rabat  – A group of leading members of the Istiqlal Party (IP) is calling on current Secretary General Hamid Chabbat to resign from his role as the president of the party.

Amid the growing uproar among the members of the IP, a group of leading members  of the party, including M’Hamed El Khalifa, Abdelkrim Ghallab,Yasmina Badou, and  Taoufik Hjira on Monday visited former IP Secretary General Mhamed Boucetta at his house in Rabat to call for Chabbat’s resignation.

As soon as the meeting ended, El Khalifa told Moroccan journalists that “the party members who attended the meeting stressed the need to urge Chabat to submit his resignation following his latest controversial statements against Mauritania.” Earlier this month, Chabat had stated that “Mauritania lays on Moroccan soil and it is a land that is purely Moroccan.”

“Chabat should submit his resignation from the party’s general secretariat. The party members do not intend to humiliate Chabat by calling on him to quit the party, but just to resign from his role as the leader of the party,” El Khalifa added.

During the meeting, El Khalifa continued, “the party members discussed the situation of the IP in the recent four years,” noting that “the members requested Boucetta to find a solution for the crisis the party is experiencing.”

Regarding the party’s December 31 council meeting, a group of members expressed their support for Chabat and referred Karim Ghelab, Yasmina Badou, and Taoufik Hjira to the Committee of Arbitration and Discipline due to their opposition. “The meeting,” says El Khalifa, “was recently held to punish the members [who opposed Chabat].”

In a YouTube video published by Le360 last week, Boucetta, who led the IP from 1974 until 1998, called on Chabat “to quit from the position he currently holds as the party leader.”