Casablanca – Marrakech’s city council on Tuesday officially changed the name of the Hay Essalam neighborhood, along with its street names, back to their original Jewish designations.

This falls within the framework of a general redevelopment of the area aiming to preserve the cultural legacies of the Moroccan Jewish community of Morocco.

Following the Marrakech Jewish community’s request for King Mohammed VI to visit the neighborhood, the monarch instructed the relevant authorities to restore the neighborhood and its street names to their original Jewish denominationsin order to preserve the historical memory of the medina.

The change was widely accepted within the Muslim-majority neighborhood, especially by elderly citizens, who were satisfied that the decision would give value to the city’s historical past.

Below is a list of the approved names of the El Mellah neighborhood, per the changes:

Similar projects paying respect to Morocco’s Jewish community were undertaken in Casablanca, where the Ettedgui Synagogue and the El Mellah museum were restored as part of a medina rehabilitation program. 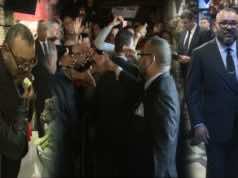 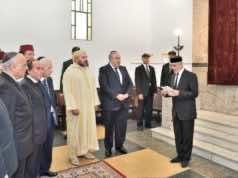