Casablanca - An Egyptian private TV channel has used the photograph of a member of Morocco’s Justice and Development Party (PJD) to mislead Egyptians and PJD has reacted to the insult accordingly. 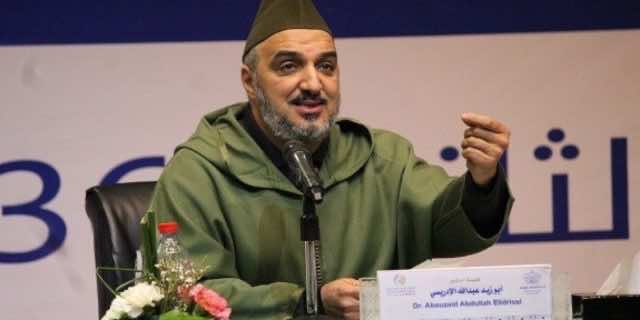 Casablanca – An Egyptian private TV channel has used the photograph of a member of Morocco’s Justice and Development Party (PJD) to mislead Egyptians and PJD has reacted to the insult accordingly.

Egyptian private TV station, Almaoulid, is broadcasting a picture of PJD member and former member of parliament, Al-Muqri Abouzaid, in an advertisement that is aired several times a day. The ad presents Abouzaid as a faith healer who “holds a certificate of appreciation from the World Federation of Spirituality in France.”

The advertisement of Abouzaid, a former university professor, is accompanied by three Egyptian phone numbers for people to call Abouzaid if they want to solve their “psychological, emotional, financial, sexual and spiritual problems.” The ad includes a false survey claiming that the reported patient satisfaction rate is very high.  It even alleges that “the saint” has managed to resolve 7000 physical and psychological issues during his short stay in Egypt.

Saadeddine El Othmani, the chairman of PJD’s National Committee and former minister, addressed Morocco’s Minister of Foreign Affairs and Collaboration, Salaheddine Mezouar, in a statement prompting him to contact Morocco’s ambassador to Egypt and inquire about this.

“It is obvious from the orientation of this channel and its peers that this is related to a commercial tendency that unfortunately phone operators, such as Itisalat Misr, Vodafone, and Orange take part in, that aims at scamming the poor and the simpletons and stealing their money,” points out El Othmani in his communiqué.

The communiqué reveals that Abouzaid has not travelled to Egypt in the past 4 and a half years and that, ironically, one of the books he authored condemns this form of charlatanism.

El Othmani urged the minister to react quickly as the issue affects “Morocco, the parliament, a national political party, a respected team, and an innocent public figure.” He also demanded that the channel responsible for the blatant act of fraud immediately stop broadcasting the advertisement and issue a public apology.