Rabat - A suicide bomber driving a garbage truck packed with explosives rammed his vehicle into an Egyptian security checkpoint outside a police building in northern Sinai on Monday, killing at least nine people and wounding 10, officials said.

Rabat – A suicide bomber driving a garbage truck packed with explosives rammed his vehicle into an Egyptian security checkpoint outside a police building in northern Sinai on Monday, killing at least nine people and wounding 10, officials said.

According to security and medical officials, the attack in the city of el-Arish in the Sinai Peninsula was followed by smaller explosions as militants wearing black masks fired rocket-propelled grenades at the troops around the checkpoint.

Three floors of the police building were blown out, the officials said, adding that so far nine bodies have been retrieved from the rubble but that they feared the death toll could rise further. Ten wounded were taken to hospital.

No group immediately claimed responsibility for the attack. 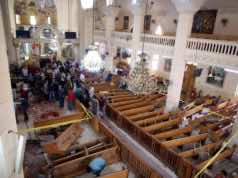 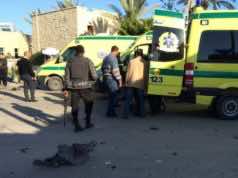 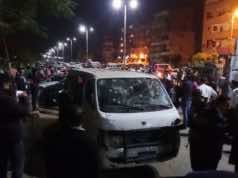