Rabat - “My goal is to make cancer a part of my life, not sum up my life to cancer.” This was the motto of Dalal Rachid, the young 22-year-old Moroccan student and cancer warrior. 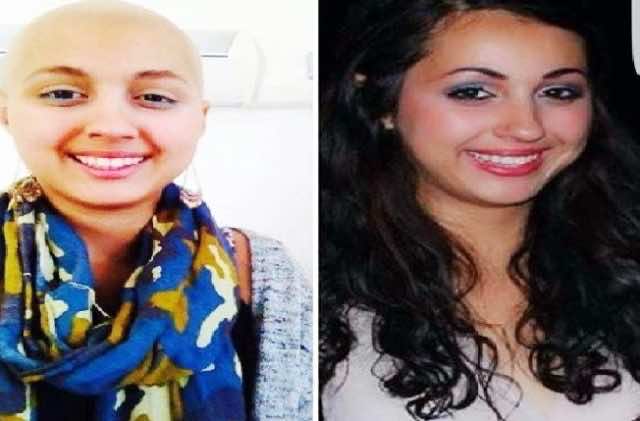 Rabat – “My goal is to make cancer a part of my life, not sum up my life to cancer.” This was the motto of Dalal Rachid, the young 22-year-old Moroccan student and cancer warrior.

Diagnosed with bone cancer, Dalal became a symbol of hope and an inspiration not only to her fellow warriors but also to thousands of Moroccans who followed her personal battle experiences on Facebook. She succumbed to the disease on Sunday, January 8th.

The tragic news of her death has struck a blow to her relatives and Moroccan social media users, who have been following her fight on her Facebook page titled “ Smile to Fight.”

Dalal used the page to document and share her own stories about cancer to raise awareness about this disease among Moroccans.

Dalal dedicated her life to fighting cancer and to standing in solidarity with fellow patients. She encouraged people to donate blood to help cancer patients who are experiencing a shortage of blood.

When she created “Smile to Fight” in April of 2015, Dalal explained that the goal of creating the Facebook page was to shed more light on the world of cancer and “all it takes to beat such a disease.”

Dalal had resumed sharing stories on her Facebook page after she’d been obliged to take a pause for medical treatments. In her latest Facebook post on October 17th,2016 Dalal said, “ I have been diagnosed a year and half ago and still each time I have to take a scan, MRI, or a pet scan I am in total ignorance of what is yet to come. You may think that after a year and a half, I am getting used to it, but you are totally wrong! In fact, I am doing my best to accept it, but it’s always a challenge for me to take a new step after each result.”

No one could have known that these would be the last motivational words Dalal would say before taking leave of her followers. “I didn’t give up those 180 days. I just had to take a moment to figure out a way to inspire myself to keep going first, before being able to inspire others,” Dalal said in a Facebook post. “At the beginning of this year, my pet scan showed a metastasis on my right shoulder in addition to the one in my lungs. I had to change my chemo protocol, and get used to it. This new chemo allowed me to have more ‘Free days’. So, after each chemo I had the chance to visit more often my friends and family members and it made me feel a little better each time.”

Throughout her experience of sharing her stories, Dalal managed to steal the hearts of thousands of Moroccans, who faithfully followed her stories and paid tribute to her efforts in support of cancer patients, and disseminate information about cancer.

“People may have learned about cancer on TV, at school, or read about it on the internet,” they never took the time to know more about the details of the disease, “because people think they are too young to get it,” Dalal had explained on Facebook.

Dalal was a student at Al Akhawayn University in Ifrane (AUI). The university’s Facebook page confirmed the news of her death through its Executive Director for Development and Communication, Cherif Bel Fekih, who visited the grieving familyon Saturday evening and presented his condolences on behalf of the university’s officials.