Casablanca - King Mohammed VI ordered the Council of Ministers to extend the duration of the validity of residence permits from one to three years when they convened on January 10th.

Casablanca – King Mohammed VI ordered the Council of Ministers to extend the duration of the validity of residence permits from one to three years when they convened on January 10th.

The decision was made to facilitate the daily life of migrants going through the regularization process.

During the Council of Ministers held on Tuesday, Morocco’s Monarch revealed his concerns regarding the current one year length of Morocco’s migrant residence permit.  Under King Mohammed VI’s impulsion, the duration of the permit will be increased to three years.

It was the King’s feeling that limiting the permit’s timeframe to one year drastically limits the possibility for migrants to carry out transactions, such as the acquisition of housing or credit, a communique from the royal cabinet said. The change was, therefore, ordered to facilitate the integration of migrants into Moroccan society.

The Ministry of Interior issued a communiqué at the end of the Council of Ministers, advising of the Monarch’s instructions and specifying that the validity of the residence permit card will be extended to three years, beginning “one year after the regularization of a migrant’s stay in Morocco.”

The communique also highlighted that “procedures for the issuance and renewal of residence permits will be accelerated and simplified to the maximum extent possible.” 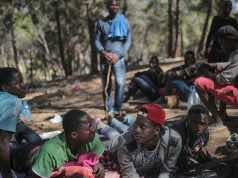 How Racism Threatens to Ruin Morocco’s Reputation for Hospitality