Rabat - The Court of Auditors latest report is painting a bleak picture of the management of Moroccan security stocks.

By
Chaima Lahsini
-
Chaima Lahsini is freelance journalist and activist with the Al-Fam collective in Rabat.
Jan 13, 2017
Spread the love

Rabat – The Court of Auditors latest report is painting a bleak picture of the management of Moroccan security stocks.

The investigating commission published in a new report a number of observations regarding Morocco’s security stocks policy, calling for the urgent need to look for new alternatives.

The report reveals that Morocco’s oil and gas stocks barely cover 10 days of consumption instead of the mandatory 60 days, required by the law. The severe shortage is being blamed on the practice of using security stocks to supply local markets with fuel following the closure of the SAMIR Company back in 2015.  At the time, they were the only petroleum refinery in the country.

Investigations carried out by the commission show many failings in the monitoring and follow-up procedures of distribution companies.  Not helping the situation is rampant disregard for the legal penalties and sanctions implemented.

Current law requires oil companies to provide stocks equivalent to 60 days of consumption, on the condition these stocks not be used without a license from the Department of Energy. Investigations, however, reveal that, in many cases, the stocks were depleted to critical levels, barely covering 10 days of consumption for several months at a time.

The report also notes there are considerable inconsistencies between the available stocks and the levels required by the law in the most consumed products, especially gasoline and butane.

At the end of 2015, gasoline reserves did not exceed 24 days of consumption and butane 27 days. Fuel which is used in the production of electricity for some industries, is in a serious situation as its stocks do not exceed five days of consumption. The only product even close to mandated target levels is Super Fuel, with about 35 days of stock consumption, still 15 shy of where it should be by law.

The report also reveals that petroleum stock levels were at just 15 days of consumption before the closing of the Samir petroleum refinery in the summer of 2015, saying that this closure has become “an additional danger for securing petroleum products supply to the Moroccan market.” Authors of the report speculate that this makes the Moroccan market even more susceptible to global market fluctuations, since its current supply comes from importing refined petroleum products.

According to the Court of Auditors, among the main reasons for the critic state of the security stocks is poor storage capacity of inferior petroleum products at the legal imposed minimum.

Efforts by the government to encourage companies to invest in storage capacity development has failed to achieve the desired results. The report stresses “the urgent need to develop new alternatives to the mechanisms that have failed to fix the storage issue.”

The report concludes that “the legal requirements regarding the use of security stocks, which are under the authority of the Ministry in charge, and the sanctions implemented in case of non-stock configuration, are not being adequately enforced.

Faced with this disturbing analysis, the Court of Auditors has come up with a list of recommendations which public authorities and concerned operators are being called upon to implement immediately to remedy the situation.

As a short-term remedy, the Court of Auditors is suggesting a strategy designed to provide operators with stocks up to 30 days of consumptions, aside their personal stocks used for their own commercial needs. The goal of this strategy is to meet the required security stocks level set by the International Energy Agency (IEA), which is 90 days of consumption.

If the implementation of this strategy is funded only by distributors, the cost will be high. The Audits Court, therefore, is proposing a partnership between the state and petroleum operators in the form of a mixed economy company. The report also suggested the use of the special bonuses given to these operators, a total sum of MAD 3 billion, as a contribution to the financing of the project. 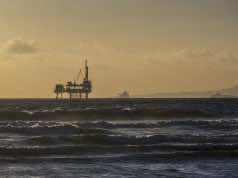