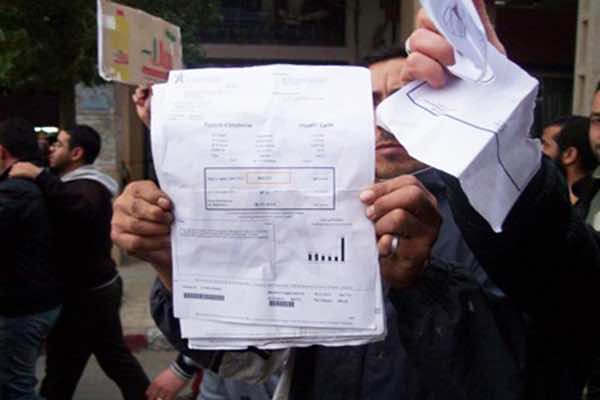 By
Chaima Lahsini
-
Chaima Lahsini is freelance journalist and activist with the Al-Fam collective in Rabat.
Jan 14, 2017
Spread the love

Lydec, the company managing water, electricity and sanitation in Grand Casablanca, has recently reviewed its tariff schedule and decided to raise electricity prices in the city.  It has also to create an exemption for the city’s most vulnerable citizens.

Clients found to be consuming less than 100 kWh per month won’t find their electricity bills affected by this raise. Kilowatt-hour prices for anyone consuming between 100-150 kWh per month, will rise from MAD 0.98 to MAD 1.02.

Those clients using more than 150 kWh per month will be charged according to a system said to be selective instead of gradual, making the costs incurred the same when consumption falls between 150-200kWh.

Lydec explains that this sudden rise of prices has been by the Delegated Management Committee, which reports to City Council and abides by the 2014 contract signed between the ONEE and the State. It is worth noting that the ONEE (National Office of Electricity and Water) is the only electricity provider of Lydec.

This rate increase follows one taken in January 2016, imposed because of the same contract signed between the ONEE and the State.