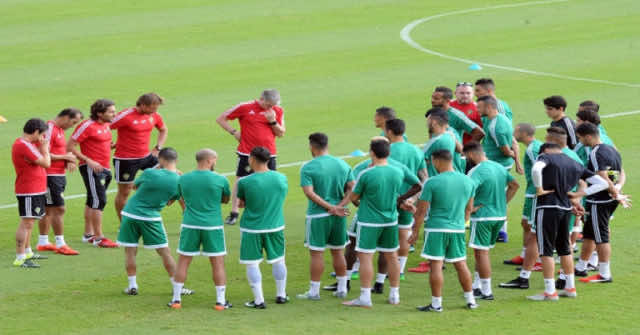 The practice was part of their preparation for the 2017 Africa Cup of Nations (CAN 2017), set to take place from January 14-February 5.

The team held their first practice on Friday, a training session to overcome their jet lag after their flight to Libreville.

Morocco’s coach, Hervé Renard, is set to hold a press conference Sunday morning at Oyem stadium to focus on Morocco’s match against the Democratic Republic of Congo (DRC) on Monday.

Morocco is in Group C category, which also includes Côte D’Ivoire, Togo and DRC. After its match against DRC, Morocco will play against Togo on January 20, before taking on Côte D’Ivoire January 24.