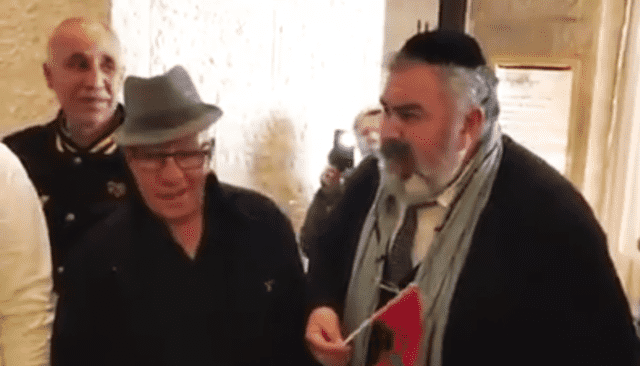 The nearly 45-second video, posted January 14, shows each one of the group performing a solo from a collection of Andalusian songs. It also shows people recording the group’s performance.

In the same video, a singer appears carrying the Moroccan flag in his hand and wearing the traditional headwear, the kippa.

Since it was posted, the video has received major attention on Facebook, reaching over 84,724 views, more than 1,000 likes and over 1,065 shares.