Washington D.C. - The Moroccan government handling of the Gdim Izik trials has been dismal. Human rights group accusations of ill treatments of the accused have confused and disoriented Moroccan officials who are not trained in handling such high profile cases. 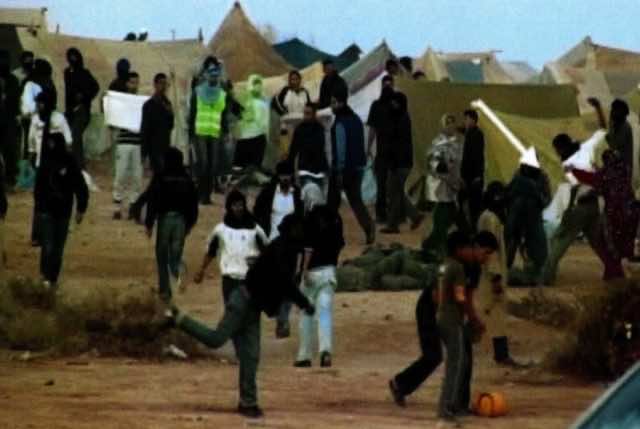 By
Hassan Masiky
-
Hassan Masiky was born in Kenitra, Morocco, and is based in Washington as a blogger and freelance writer.
Jan 17, 2017
Spread the love

Washington D.C. – The Moroccan government handling of the Gdim Izik trials has been dismal. Human rights group accusations of ill treatments of the accused have confused and disoriented Moroccan officials who are not trained in handling such high profile cases.

This chaotic and amateurish attitude opened the door for the Polisario to turn the tables on the Moroccans spinning the trials of a group of criminals into a political rally for the “self-determination” of the Saharawi people.

The Moroccan government’s ineffectiveness in highlighting the barbaric nature of the crime committed by the defendants, and its reluctance to address the Algerian military role in fueling the violent riots in the Gdim Izik camps made it easy for the Polisario separatists to portray the trial as politically motivated and not criminal.

While the decision to retry 23 defendants (21 of them are serving prison terms in Morocco) before a civilian court is a sound pronouncement, the change of venue could send a message that Rabat is succumbing to international pressure. This semblance of weakness will undoubtedly energize the Polisario and its supporters’ rallies and calls for the freedom of the so-called political prisoners.

Moroccan intelligence agencies should have used videos of the defendants decapitating their victims and urinating on their bodies to expose Algeria’s role in this heinous crime. Morocco needs a bold approach based on clear stand that focuses on Algeria’s behind the scene plot to destabilize the Moroccan Sahara.

Rabat’s reluctance to pick significant public fights with Algiers is perplexing. In this particular case, the Moroccans have had evidence of an Algerian involvement in the killings at Gdim Izik, yet they chose to keep that information low profile. This   tepid disposition is a result of the fear of many Moroccan officials to address subjects related to the Western Sahara conflict. In fact, even the victims’ families who have been speaking up during the trials are kept “low-key” in the international press.

Polisario leaders continuously make numerous assumptions about the Moroccan response to incidents such as the Gdim Izik unrests. They assume that it will take Morocco several days if not weeks to issue a statement, make a policy decision or come up with a plan of attack. In fact, as recent events have demonstrated, these assumptions have proven to be correct and are now a technique used to implement and encourage anti-Morocco activities in the region.

Almost from the beginning, the Moroccan government line of attack has been weak. Official media and public affairs officials failed to portray the real events that happened during the 2010 deadly clashes in Gdim Izik. This flawed approach, turned the killing of 13 Moroccan citizens, including 11 members of the security forces, into a political spectacle where the victims are victimized again and the accused are celebrated.

The evidence shows that the perpetrators, who were filmed killing members of the security forces, have committed an act of war since they were trained by the Algeria-backed Polisario guerrilla. This line of explanation should have remained as the fundamental explanation to why Morocco tried the defendants in a military court.

The Moroccan government spectacular inability to underline the Algerian intelligence agencies role in arming and training a band of armed militia in infiltrating the Gdim Izik, that was populated by civilians, dragged the trial into the mud making Morocco look as an aggressor.

Even though the military trial was fair and equitable, Morocco’s arguments have barely been heard. This breakdown in communication and public relations is yet a new embarrassment that is due primarily to a lack of a cohesive public campaign to present the truth about the socio-economic life in the Moroccan Sahara.