Rabat - Morocco has received a carriage for the French-made high-speed train, known better as TGV at the Port Tangier Med, reported CNN on Wednesday. 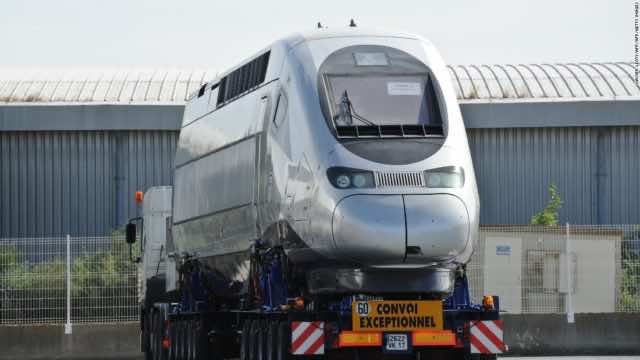 Rabat – Morocco has received a carriage for the French-made high-speed train, known better as TGV at the Port Tangier Med, reported CNN on Wednesday.

The TGV in Morocco will be the first one to operate in Africa.  It will connect Tangier to Kenitra in only 1 hour and 30 minutes. In the future, the TGV will link Tangier to Casablanca in 2 hours and 10 minutes, instead of the five hours the journey takes on the current train.

Meanwhile, the trains are being tested ahead of the launch of the 350-kilometer route in 2018. The $2 billion investment in the new trains and track is funded by the governments of Morocco, France, Saudi Arabia, Kuwait and the UAE.

Morocco received the first carriage for the high-speed train in July 2015. In September of the same year, the second fleets of the TGV arrived at the Port of Tangier Med.

After Morocco received the second carriage for the TGV fleets, the National Office of Railways (ONCF) said: “The transfer of this train to the Tangier maintenance workshop will take place via several special convoys.”

King Mohammed VI and former French President Nicolas Sarkozy launched the project in September 2011. It was scheduled to be completed in December 2015. The launch date for the high speed-train was later postponed, however, due to delays in infrastructure construction.