Casablanca - Turkey’s parliament approved the draft of a new constitution on Saturday, proposed by the country’s leading party, the Justice and Development Party (AKP). 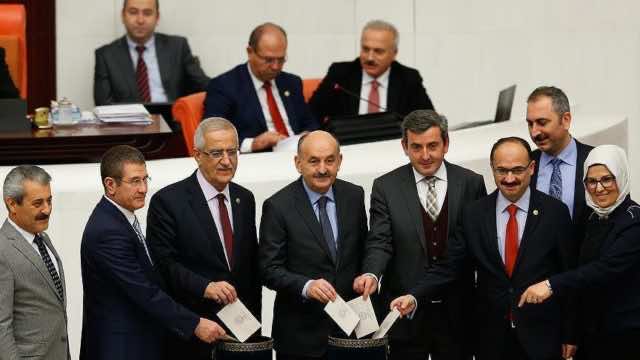 Casablanca – Turkey’s parliament approved the draft of a new constitution on Saturday, proposed by the country’s leading party, the Justice and Development Party (AKP).

Under the new draft, Turkey would abandon its present parliamentary system and adopt a presidential one.

488 members of the Turkish parliament participated in the vote for the new draft involving a regime change in Turkey that would see them do away with the current parliamentary system in favor of a new presidential one. The reform was passed by a vote of 339 in favor of the move, thereby securing the three fifths majority necessary for the bill to pass.

A referendum extending for 60 days is expected to take place this April after the Turkish president ratifies the bill. It will pass into law once it obtains more than 50 percent of the popular vote.

The reform would grow the total number of parliament members from 550 to 600, bring down the age of nomination from 25 to 18 and exclude those engaged in military service.

As it relates to the election of a president, the bill provides for the people to elect the president at the same time as parliamentary elections are held. In the event none of the candidates receives a sufficient number of votes to be elected, a second round of elections will take place.

The president, who must be a Turkish national holding a University level degree, would remain in office for a period of 5 years, renewable for a second and final term. The elected president would not be required to cut ties with his political party.

President Erdogan came to power in 2014 after a decade serving as Turkey’s Prime Minister. Turkish opposition leaders have warned that Erdogan’s powers would expand with the new bill and suggested he could not be impartial, as he would continue to lead the AKP. Erdogan has purportedly stated that the new system would resemble that in France and the US.

Over 1,000 Syrians flee to Turkey after bakery attack