Rabat - Moroccans in Ireland (MIA) expressed its solidarity with the families of the victims of Gdim Izik and articulated its confidence in Moroccan justice. 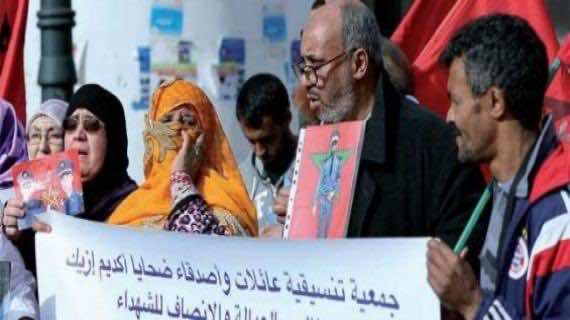 Rabat – Moroccans in Ireland (MIA) expressed its solidarity with the families of the victims of Gdim Izik and articulated its confidence in Moroccan justice.

The Moroccan Irish Association expressed its deep solidarity with the families of the victims of the Gdim Izik incidents that took place in 2010 during the dismantling of the camp in the southern city of Laayoune. The incident resulted in the death of 11 law enforcement officers and heavy property destruction.

MIA stated in an announcement, “On behalf of the entire community of Moroccans residing in Ireland, we express our deep solidarity with the families of the victims that were brutally killed during the events of Gdim Izik.”

The association also denounced “the heinous, disgusting and inhuman crimes” committed in Gdim Izik, and noted that the referral of the trial of those prosecuted in this case before a civil court testifies Morocco’s commitment to international conventions of human rights, including The International Covenant on Civil and Political Rights (ICCPR) and the United Nations Convention against Torture.

MIA welcomed the decision of the Tribunal to allow the families of the victims to file civil proceedings in order to have their voices heard in a fair trial, and expressed its confidence in the Moroccan court in charge of looking into the “atrocities perpetrated in Gdim Izik.”

Twenty-five people are being prosecuted in connection with the tragic events that occurred on November 8, 2010 during which 13 people, including eleven members of the security forces, were savagely killed.

The Military Court of Rabat originally tried and convicted the 24 individuals who were prosecuted in the case. On February 17, 2013, the court sentenced them to prison terms ranging from 20 to 30 years to life for “constitution of a criminal gang” and for “violence against the forces of law and order leading to death with premeditation and complicity.”

However, in July 2016, the Court of Cassation subsequently annulled the verdict, and ordered that the case be referred to the Court of Appeals in Salé as the military justice reform introduced by Morocco in July 2015 states that civilians cannot be tried by a military court.

The Criminal Chamber of the annex of Salé’s Appeals Court opened the retrial on December 26, 2016, but continued the case until January 23, 2017, to allow the defense counsel more time to prepare.