Rabat - Some 137,978 Syrian refugees received medical services at the Moroccan field hospital in Zaatari camp, North-east of Jordan, in 2016. 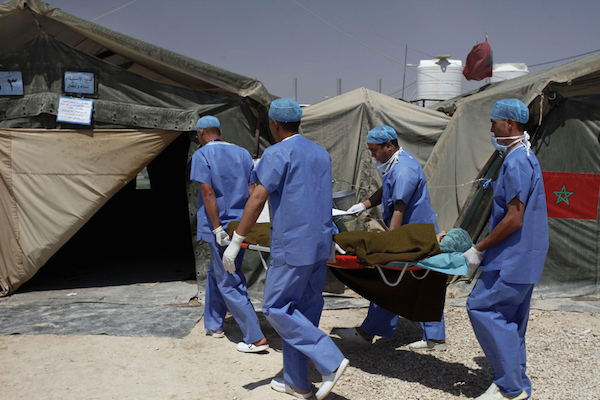 Rabat – Some 137,978 Syrian refugees received medical services at the Moroccan field hospital in Zaatari camp, North-east of Jordan, in 2016.

According to the statistics provided by the hospital administration, children were on the top of those who were extended health services with 53,072 cases, followed by women (47,623) and men (37,283).

Some 98,550 prescriptions were offered by the different departments of the hospital to patients and 1,090 surgical operations were carried out by the hospital staff last year.

The Moroccan field campaign hospital, located on the borders between Jordan and Syria, has a capacity of 60 beds.